Imagine planting a garden in a solitary confinement prison cell. The space is only six feet by nine feet, which sounds large enough for a bountiful garden, except for the fact that a toilet, sink, and bed crowd the space, leaving only a tiny area for growing.

That is precisely the vision artist jackie sumell (who does not capitalize her name) has for her latest project, Solitary Gardens. She is guiding volunteers to construct nine gardens on Andry Street in New Orleans’ Lower Ninth Ward, reports Next City. The gardens are real world representations (in size and shape) of what a prison cell garden would look like.

The artist’s vision: As a multidisciplinary artist and activist, sumell’s work spotlights America’s criminal justice system. Her latest work, Solitary Gardens, is designed to encourage unexpected relationships between people in solitary confinement and volunteers on the “outside.”

Many prison reform supporters argue that the over-representation of African-American males in jail is one of the consequences of slavery in the United States’ past. The raised garden beds of Solitary Gardens will be made of sugarcane, cotton, and indigo, all crops that slaves historically produced in the South. The goal of the gardens is to highlight that the effects of slavery still exist in some manner.

“Laws are meant for law-abiding citizens (…) The designation of crime is fluid, very much like gender and race. Let’s say a hundred years ago I was doing what I’m doing now — I would’ve been burned at the stake. You feel me? Because it was a crime,” sumell told a group of students from Emory University, reports Orion magazine. She also says that black men are incarcerated at four times the rate of white men in the state of Louisiana. “How can you deny that relationship to chattel slavery?”

How it works: The Solitary Gardens, which are six feet by nine feet and the size of a solitary cell, are “gardened” by convicts through written exchanges with volunteers. To draw the connection between the slave trade and the prison system, the garden bed structure is built out of tobacco, cotton, and indigo, molded together with lime, water, and clay.

Laws are meant for law-abiding citizens (…) The designation of crime is fluid, very much like gender and race. Let’s say a hundred years ago I was doing what I’m doing now — I would’ve been burned at the stake.

Volunteers mail a list of plants, including medicinal herbs and flowers like mugwort, pansies, or stinging nettles, to prisoners in solitary confinement. The prisoner selects from the list which plants should go in their garden and where to position them — sometimes even sketching a floor plan, mapping out where each plant should go. And finally, the volunteer gardener plants the prisoner’s chosen plants, following the prisoner’s requests as closely as possible.

A chance to heal: Humans are hard-wired to find nature soothing. Research has shown that the act of gardening can be healing, reducing stress and increasing creativity and contentment. But people in prison, especially in solitary confinement, don’t have access to nature. Still, sumell told Next City that many participants are thinking creatively about how the act of remote gardening could improve their life.

She said that one gardener is interested in adaptogens, or stress-relieving plants like ginseng and holy basil, which she claims may assist with internalized trauma.

“Their garden was specifically designed thinking about ways that would have prevented getting them in prison to begin with,” sumell said.

Another prisoner asked for plants that people could find helpful.

“He likes the idea that (the plant) can come from the ground and nourish someone,” volunteer Christin Wagner told Next City.

The inspiration: Sumell came up with the idea for the Solitary Gardens through a collaboration with Herman Wallace, who, along with Robert King and Albert Woodfox, is one of the “Angola Three.” The trio spent decades in solitary confinementbefore their convictions were overturned — believed to be the longest solitary confinement in U.S. history. Wallace died three days after he was released from prison. The gardens are one way sumell hopes to carry on his legacy.

Art
Ukrainian artists turn to NFTs to tell their stories
A Kyiv gallerist and Puerto Rican art gallery are auctioning off NFTs of art created in conflict to support Ukrainian artists.
By B. David Zarley
Up Next 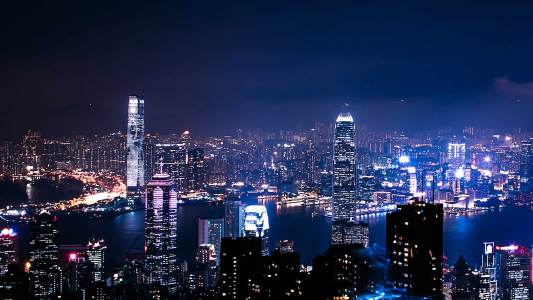 Activism
Museums are racing to save Hong Kong's history before it gets censored
By B. David Zarley
Subscribe to Freethink for more great stories
Subscription Center
Sections
Video
Freethink
Subscribe
We focus on solutions: the smartest people, the biggest ideas, and the most ground breaking technology shaping our future.
Subscribe