“I held the baby for the first time, looked into my child’s eyes, and within a few minutes I realized that I was the most important man on the planet to this child,” said Barry McIntosh, recalling the birth of his first child.

“Nobody had made me feel that important ever in my life.”

His two daughters are now grown, but McIntosh is on a mission to help other teen fathers understand how important those early years really are. Men who are at risk of missing out on their child’s upbringing include young fathers, especially teenagers. As the founder of Fathers New Mexico (FNM), McIntosh offers support to these new dads by ensuring that they have the material, emotional, and social resources they need in order to succeed.

“We’re kind of at ground zero with the work that we do with fathers,” explains McIntosh. While many nonprofits focus on helping teen mothers, and only include teen dads as an afterthought, FNM places the role of fatherhood front and center. They want to make sure men see their role in parenting as clearly as women.

“Fathers are our specialty,” said McIntosh, “We focus on the guys first. We help them, train them, make ourselves available to guide them, mentor them, and help them be as effective as they possibly can be.”

The nonprofit tackles obstacles that hinder teen fathers from reaching their full potential as parents, including relationship difficulties, financial constraints, fear, lack of knowledge, and societal judgment. Judgement, according to Johnny Wilson, the group’s executive director, is a big obstacle for many of the young men he encounters.

“The dads must contend with having been raised as boys in America, which includes messages about manhood that are unrealistic and damaging,” said Wilson.

There are no requirements for being part of the group. Teen dads can walk in and sign up for one of the sessions and request support and resources as needed. “It’s an open group, they can come in as often as they want. And we’ve even had some guys that are still connected with us 17 years later. It’s pretty amazing that they stick around and are involved,” said McIntosh.

Most teen fathers spend on average three to four months with the nonprofit — enough time to learn the skills and acquire the resources they need to feel more confident in their parenting role. However, FNM follows up with participants after they leave the group. If a father hits another crisis, they usually come back to the group for more support. These men have created a community that helps them realize they are not alone in their struggles.

“Boys are typically taught that men don’t ask for help. To be part of a group in which they see others experiencing vulnerability and receiving support can be a very powerful experience,” said McIntosh, who hopes to dismantle the myth that teen dads don’t want to be involved with their kids. Believing that myth, he said, can be a self-fulfilling prophecy.

“It’s a pretty phenomenal number,” said McIntosh who surveys each new participant before the start of the program. “Most people think that (teen fathers) get the girl pregnant and then they leave. But that’s only a tiny portion. These guys are dedicated. They want to be good dads. They want to be there.”

A 2002 Fatherhood Institute study revealed that the most important factor predicting men’s involvement with their child was the quality of their relationship with their partner during pregnancy, as opposed to earlier family or social difficulties. Therefore, FNM makes relationship building skills a key component of their program and often find that they are uniquely positioned to mediate struggling relationships.

In one example, a participant came to them after a bad breakup with the mother of his child.

“My girl left me, took the kid, and now she’s moved out of state, and I don’t know how to reach her. But I want to be involved in my kid’s life. How can I do that?” McIntosh recalls the young man asking. FNM was able to mediate. For a time, FNM communicated with the mother on the young man’s behalf. She started mailing pictures and mementos from the child’s school days to the organization.

“And we were there with (him) when he opened this package, and he was in tears. This was the first connection he had with his child in three or four years,” said McIntosh.

“So, then we slowly built up this relationship. She was living in Texas, and he got so good with this relationship that he moved down to Texas. He started seeing his kid and started getting overnights and was involved totally in his kid’s life. And he started mentoring other young fathers in Texas to help them, because he knew how much he had been helped. So, he was paying it forward.”

While the rate of teenage pregnancies has been in steady decline since the 1990s, the U.S. teen pregnancy rate is remarkably higher than in other developed nations — and disparities among racial groups still persist, with Hispanic and black teenage birth rates more than twice that of their white counterparts. The majority of FNM participants are men of color under the age of 26 who live below the poverty line.

Between one third and one half of children born to teen moms also have a teenage father. However, social perception usually equates teen parenthood with teen motherhood. This means that most of the research surrounding teenage parenthood is focused on the mother’s impact on the child and not the father. By drawing more attention to the needs and participation of dads, organizations like FNM are hoping to close the support gap for these young parents. 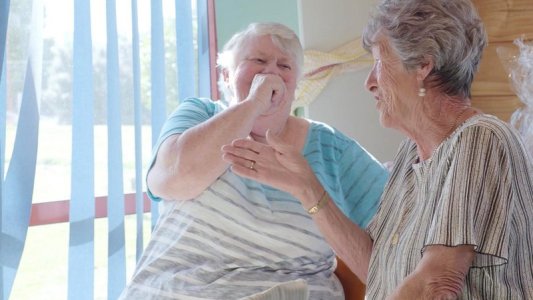 How the founders of the “coffin clubs” got started – and their advice for others.

Entrepreneurs
How to Start a Coffin Club
Subscribe to Freethink for more great stories
Subscription Center
Sections
Video
Freethink
Subscribe
We focus on solutions: the smartest people, the biggest ideas, and the most ground breaking technology shaping our future.
Subscribe