NASA has just updated its predictions about the possibility of the Bennu asteroid slamming into Earth, even going so far as to pinpoint the exact date an impact is most probable: September 24, 2182.

The background: Our solar system contains more than a million asteroids, and most are tiny and highly unlikely to come anywhere near Earth.

If a large asteroid were to slam into Earth’s surface, though, the result could be devastating, so NASA established the Planetary Defense Coordination Office (PDCO) in 2016 to detect and monitor any potentially dangerous asteroids and create a plan to prevent impacts, if possible.

Right now, the PDCO is keeping a close eye on two particularly threatening space rocks, one of them being Bennu.

The Bennu asteroid: NASA discovered the Bennu asteroid in 1999. It’s currently almost 200 million miles away from us, but it’s expected to get within 125,000 miles in 2135 — that’s about half the distance between Earth and the moon.

“An object Bennu’s size … would pretty much devastate things up and down the coast.”

Bennu is about one-third of a mile (half a kilometer) wide, and if it were to impact Earth, it could cause serious destruction.

“But the area of devastation is going to be much, much broader than that, as much as 100 times the size of the crater,” he continued. “So an object Bennu’s size impacting on the Eastern Seaboard states would pretty much devastate things up and down the coast.”

The OSIRIS-REx mission: To find out as much about the Bennu asteroid as possible, NASA launched the OSIRIS-REx spacecraft in 2016.

The craft spent two years studying Bennu up close, recording data from its orbit and even landing on the asteroid to collect rock samples — a first for NASA.

Those samples won’t be in NASA’s hands until 2023 (OSIRIS-REx is still making the journey home), but NASA has already used what it’s learned from the probe to update its predictions about the Bennu asteroid.

“The OSIRIS-REx data give us so much more precise information, we can test the limits of our models and calculate the future trajectory of Bennu to a very high degree of certainty through 2135,” study lead Davide Farnocchia said in a press release.

“We’ve never modeled an asteroid’s trajectory to this precision before,” he added.

“I’m not any more concerned about Bennu than I was before.”

The bottom line, according to Farnocchia?

“It’s not a significant change,” he told the NYT. “I’m not any more concerned about Bennu than I was before. The impact probability remains really small.” 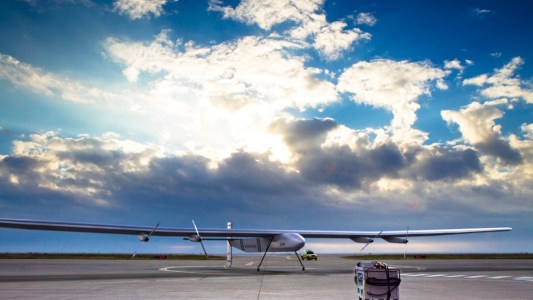 Aerospace
The U.S. Navy is building a solar plane
Subscribe to Freethink for more great stories
Subscription Center
Challenges
Video
Freethink
Subscribe
We focus on solutions: the smartest people, the biggest ideas, and the most ground breaking technology shaping our future.
Subscribe