An asteroid impact is pretty low on the list of things that could wipe out humanity, but if a massive space rock did smash into the Earth, the fallout could be devastating — just ask the dinosaurs (oh wait, you can’t).

That’s why NASA is already developing various strategies to defend Earth from dangerous asteroids — and a new computer simulation tool out of MIT could ensure the experts always opt for the approach with the highest likelihood of success.

Asteroids are small, rocky remnants of the gas and dust that formed our solar system. Think of them like the screws left over after you assemble furniture from Ikea — if instead of a desk, you were making a bunch of planets.

Our solar system contains millions of asteroids, the vast majority of which never come anywhere near the Earth. Of those that do end up in our planetary neighborhood, most either fly right on by or are so small, their impact poses no real threat.

“We’ve created a decision map which can help in prototyping a mission.”

However, we would be in serious trouble if a large asteroid flew through a gravitational keyhole. Those are points in Earth’s gravitational field that would affect the asteroid’s trajectory in such a way that it would smash into the Earth the next time it flew by.

The MIT team’s new research, which was published in the journal Acta Astronautica, focuses not on asteroids already barreling toward Earth — but on those headed toward these gravitational keyholes.

“People have mostly considered strategies of last-minute deflection, when the asteroid has already passed through a keyhole and is heading toward a collision with Earth,” researcher Sung Wook Paek said in a news release. “I’m interested in preventing keyhole passage well before Earth impact. It’s like a preemptive strike, with less mess.”

A Lot to Process

To that end, Paek’s team developed a computer simulation to determine the best approach for stopping an asteroid from reaching a gravitational keyhole.

The simulation takes into account several variables about an asteroid. These variables include its mass, momentum, and trajectory, as well as how far it is from a keyhole in terms of both distance and time.

From all this data, the simulation calculates the probability of success for three potential deflection strategies. The first strategy is straightforward: immediately slam a rocket or other projectile into the asteroid in an attempt to alter its trajectory.

The second strategy is to hit the asteroid with a projectile, but only after first sending a scout — a miniature spacecraft designed to explore near-earth asteroids — to gather data that could help ensure the projectile mission is a success.

The third option is to send two scouts to the asteroid prior to the projectile mission — the first would gather data, and the second would nudge the asteroid in a way that improves the likelihood that the main projectile succeeds in redirecting it.

For one of those asteroids, Apophis, the third option — sending two scouts — is viable so long as the asteroid is at least five years away from reaching a gravitational keyhole. If it’s only two to five years away, we’ll want to skip ahead to option two. Or, we’ll move straight to option one if the asteroid is poised to reach a keyhole within one to two years.

If Apophis is less than a year away from reaching a gravitational keyhole, though, then none of the options are likely to succeed.

“Even a main impactor may not be able to reach the asteroid within this timeframe,” Paek said.

Of course, those three strategies aren’t our only options for deflecting an asteroid. Paek’s team now plans to explore ways to use their simulation tool to consider other mission variables.

“Instead of changing the size of a projectile, we may be able to change the number of launches and send up multiple smaller spacecraft to collide with an asteroid, one by one,” he explained. “Or we could launch projectiles from the moon or use defunct satellites as kinetic impactors. We’ve created a decision map which can help in prototyping a mission.” 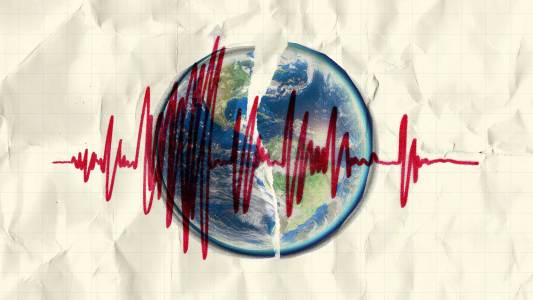 In 2010, an earthquake killed 222,570 people in Haiti, injuring 300,000 and displacing over a million. In an attempt to discover how to predict earthquakes, these researchers are using machine learning to analyze the acoustic data from tectonic plates.

Series | Guardians of the Apocalypse
Will we ever predict earthquakes?8:25
Subscribe to Freethink for more great stories
Subscription Center
Challenges
Video
Freethink
Subscribe
We focus on solutions: the smartest people, the biggest ideas, and the most ground breaking technology shaping our future.
Subscribe