Gleaming in white, at 6’2 and 300 lbs, NASA’s humanoid robot Valkyrie looks like a cross between Iron Man and a stormtrooper. Yet despite her striking resemblance to fictional characters, she has a very real, if ambitious, purpose: help humans explore and construct habitats in space.

For humankind to ever live on worlds besides Earth, experts say that sending construction robots, like Val, ahead of human settlers will be a crucial first step. To that end, over the past several years, space agencies and a handful of start-up companies have begun developing technology for unmanned space construction, making important technological (and literal) strides forward.

Debuting in 2013, the physical Valkyrie robot was built by NASA’s Johnson Space Center, but developing her capabilities has been a collaborative effort. In 2017, robotics experts from around the world competed in NASA’s Space Robotics Challenge to program software that would allow Valkyrie to perform possible tasks on a space mission, such as fixing the position of a communication dish or repairing an air leak; the top teams took home a total of $300,000.

This month, NASA opens registration for phase two of the Space Robotics Challenge, which wraps in 2021, with winners leaving with an up to $1 million prize. The challenge this time? Participants must come up with a way to direct a team of autonomous robots to successfully detect and excavate resources, such as water or methane, on the moon.

One of the teams entering the challenge is a start-up called Offworld. The California-based company has experience building mining robot prototypes to handle dangerous tasks, such as blasting and drilling, without people present, says Offworld CEO Jim Keravala. The trapezoidal-looking bots, which weigh about 700 pounds, are programmed to conduct a specific task, such as breaking up, crushing, or carrying rocks away. They will also have “swarming” capabilities, commonly seen in drone technology, so they can detect each other and coordinate their movements to avoid collisions. This means that instead of requiring an operator for each bot, a few operators could control the whole lot.

Currently, Offworld robots are being tested in undisclosed field mines in the U.S. and abroad. Keravala estimates that it’ll be another year or two before the system’s technology is mature. While the company has clear ambitions to take their robots off world, he says their immediate goal is to apply their bots to improve processes on Earth, such as conventional mining.

And for space construction robots to get off the ground, they’ll have to address three major issues: the prohibitively high cost of transport, exposure to extreme conditions, and communication with human controllers back on Earth.

First, the price tag on space travel will need to drop considerably before any off-world construction can begin. It currently costs roughly $10,000 to put a pound of cargo into Earth’s orbit, according to NASA. Elon Musk’s company SpaceX offers lower costs: based on figures from their website, the Falcon 9 rocket could send a payload to Mars at $7,000 per pound and the larger Falcon Heavy could even get down to about $2,400 per pound. As other companies like Boeing and Jeff Bezos’s Blue Origin enter the market, the price could drop considerably, Keravala says.

“I think the 2020s may well be the inflection point where the cost of transportation to low Earth orbit does not become the bottleneck,” he says.

Once the construction robots make it into orbit, exploring even our closest celestial body, the moon, requires that they can withstand extreme conditions, such as massive swings in temperature. The moon can reach temperatures of up to 260 °F when the sun is out and then plummet to -280 °F in the shadows. On the moon, nights (and days) are 14 days long, so any electronics better come equipped with long-lasting batteries or another non-solar-based power source. Then there’s the issue of the moon’s lack of a protective atmosphere. High energy cosmic rays penetrate to the moon’s surface, building up electrostatic charge on lunar sand, which is already sharp because there is no weather to smooth the grains.

“So as soon as you land machines on the lunar surface, you’re subject to increased radiation and a much harsher and unforgiving form of dust — one that happens to really like jumping onto your equipment and staying there,” Keravala says. On Mars, dust could be an even bigger issue, as storms can consume continent-size swaths of land and last for weeks at a time.

Keravala thinks it’s possible to build robots that can survive the tough environment, suggesting engineers send iterative designs to test in space, although the feasibility of that strategy depends on reduced travel costs.

Finally, once we’ve deployed the bots in space, communicating with them in a timely manner will be key. Depending on where we both are in orbit, it could take between a few minutes to almost half an hour for a signal to travel between Earth and Mars.

Sam Thomason, business developer for SE4, a virtual reality start-up based in Japan, says the solution to this time lag issue may be to send robot commands in batches. Founded in 2018, the company has developed VR technology in which an operator can virtually scan and then manipulate objects in the robot’s environment, before sending the commands to the robot all at once.

The advantage of their approach is that the commands are adaptable, as opposed to being pre-programmed, Thomason says. He says SE4 is now in talks to test their technology on a remote submarine, which mimics the latency they’d experience in space.

Another player in this niche field is the decade-old company Made in Space, which has successfully 3D-printed parts on the International Space Station and is working towards robotics assembly in space.

It may be a while before these construction robots, much less people, travel to other worlds, but Keravala says there’s a strong motivation for us to get there. Besides the planet’s environmental crisis, which we need to take responsibility for, he says, we’ve reached the geographical limits of exploration on Earth.

“We need to reopen that frontier so that a tiny portion of our species can move out into the unknown and reinvigorate that leading edge of human discovery, as you go out into the solar system and into the stars.” 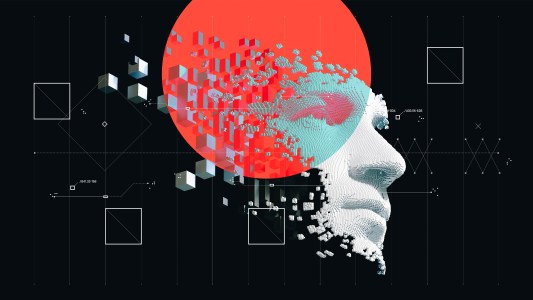 Beyond the brains of even the most intelligent human beings lies artificial superintelligence, which could pose serious threats to the human race. Nick Bostrom is attempting to fathom the unfathomable so we can be ready.

Series | Uprising
Nick Bostrom on superintelligence and the future of AI5:29
Subscribe to Freethink for more great stories
Subscription Center
Sections
Video
Freethink
Subscribe
We focus on solutions: the smartest people, the biggest ideas, and the most ground breaking technology shaping our future.
Subscribe