NASA has successfully slammed a spacecraft into an asteroid — a major step towards being able to protect our planet from a potentially devastating asteroid impact in the future.

“This demonstrates we are no longer powerless to prevent this type of natural disaster,” said Lindley Johnson, NASA’s Planetary Defense Officer.

The DART mission: Asteroids are prevalent throughout our solar system, and if one just 460 feet wide were to hit Earth, it could level a city. If a larger asteroid were to make impact, the fallout could be even more devastating.

Through the mission, NASA hoped to prove its ability to slam a spacecraft into an asteroid of threatening size. It could then study the aftermath of the impact to determine whether we might be able to deflect a space rock that was heading toward us.

“[C]apabilities based on DART could one day be used to change the course of an asteroid to protect our planet and preserve life on Earth as we know it,” said Ralph Semmel, mission director at Johns Hopkins Applied Physics Laboratory, which manages the DART mission.

Making contact: NASA’s asteroid mission finally reached its target — Dimorphos, a 530-feet-wide asteroid, which orbits the much larger asteroid Didymos once every 11.9 hours — on September 26, and at 7:14 p.m. EDT, the spacecraft successfully slammed into the asteroid.

“Now we know we can aim a spacecraft with the precision needed to impact even a small body in space,” said Thomas Zurbuchen, associate administrator of NASA’s Science Mission Directorate. “Just a small change in its speed is all we need to make a significant difference in the path an asteroid travels.”

What’s next? Using dozens of ground-based telescopes, astronomers across the globe will now observe the Didymos system, gleaning insights into how the DART impact affected Dimorphos’ orbit around the larger asteroid — the expectation is that it will have shortened the orbit by about 10 minutes.

They’ll also study the final images taken by DART’s camera — ​​the Didymos Reconnaissance and Asteroid Camera for Optical navigation (DRACO) — as well as images of the impact and its aftermath captured by a small satellite that was  released by DART 15 days before impact.

Even more information on the effect of the collision should arrive in 2026, when the European Space Agency’s Hera probe is expected to reach the Didymos asteroid system.

“Hera will gather key information such as the size of DART’s crater, the mass of Dimorphos, and its make-up and internal structure,” said ​​Ian Carnelli, Hera mission manager, in an ESA press release.

“This extra data will help turn the DART deflection experiment into a well-understood, repeatable technique that might one day be carried out for real,” he continued. 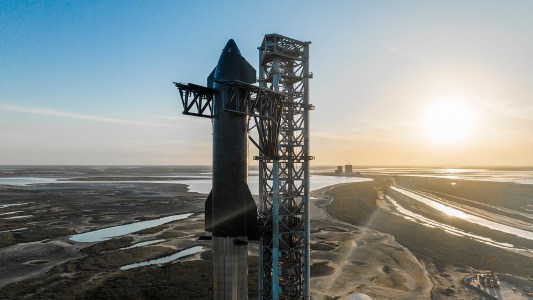