SpaceX CEO Elon Musk says his company’s massive Starship rocket could complete its first orbital flight test as soon as October 2022. If the flight is a success, SpaceX will be a major step closer to its goals of revolutionizing spaceflight — and making humans a multi-planetary species.

The challenge: Launch costs are a huge limiting factor in space exploration — rocket fuel is expensive, and every extra ounce of payload on a rocket increases the amount of fuel needed to break free of Earth’s gravity.

Rockets themselves are also expensive, and until relatively recently, they were designed for just a single-use — after delivering their payloads into space, they either became space junk, burned up in Earth’s atmosphere, or crashed into the ocean.

Starship launches have an estimated cost of $10 million, while NASA’s Space Launch System is expected to cost $4.1 billion per launch.

The savings: SpaceX is designing Starship to be the world’s biggest, most powerful rocket, and because the craft is built to be reusable, launches should be dramatically cheaper than with expendable rockets — in 2019, Musk estimated that the cost per launch could be as little as $2 million.

David Todd, an analyst at space research firm Seradata, told Science Magazine in 2020 that he expects a price closer to $10 million per launch to low-Earth orbit, but even that would be far cheaper than the estimated $4.1 billion per launch cost of NASA’s long-delayed Space Launch System.

Why it matters: If SpaceX’s Starship rocket can actually fly at those low costs, it could make space accessible to researchers who have ideas for potentially groundbreaking experiments, but lack the deep pockets currently needed to get their tech into orbit.

The rocket’s capacity could also allow us to launch larger payloads, such as fleets of SpaceX’s next-generation Starlink satellites or space telescopes even bigger and more powerful than NASA’s James Webb.

Because the Starship rocket is also designed to be refueled in space, it could potentially move huge payloads across the solar system, too — we could send armies of rovers to distant planets or people and equipment to Mars to establish human colonies.

“There’s no way to talk about [Starship] without resorting to cliches, but ‘best rocket engine ever,’ probably, by most metrics,” David Rubin, a cosmologist at the University of Hawaii, Manoa, told Science in August 2022.

Looking ahead: Before any of that can happen, though, SpaceX needs to prove that its massive rocket can actually fly — it’s flown prototypes of the system’s upper stage (Starship), but it has yet to fly a full system (a Starship atop a Super Heavy Booster).

Still, signs point to the first orbital test flight happening relatively soon, and barring some major miscalculation on SpaceX’s part, the Starship rocket seems destined not only to fly, but also usher in a new era in spaceflight. 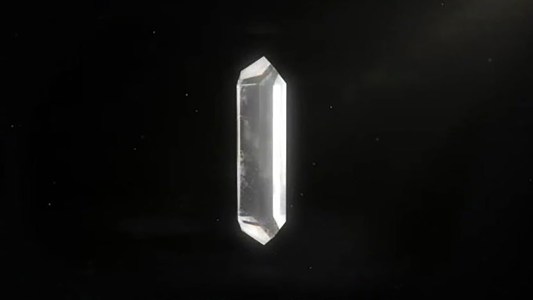 A new moon mineral discovered by China contains helium-3, an element that could one day fuel nuclear fusion reactors on Earth.