SpaceX has announced a plan to give T-Mobile customers direct access to the Starlink satellite constellation, ensuring they’ll have mobile coverage nearly everywhere in the US.

“I think this is really a massive game changer,” said SpaceX CEO Elon Musk during a live event at SpaceX’s Starbase facility in Texas. “In a nutshell, it’s no more dead zones.”

The challenge: Cell coverage is widespread in the US, but there are still more than half a million square miles — nearly twice the size of Texas — where you won’t find a signal from any carrier.

These “dead zones” are often in places where erecting cell towers is difficult due to the terrain or prohibited due to land-use restrictions. In some cases, they’re just areas so remote that erecting a tower for a few customers wouldn’t make financial sense for carriers.

People in these areas can buy special satellite phones to ensure they aren’t completely incapable of communicating with the rest of the world — particularly important if you’re, say, hiking a treacherous mountain — but those can be expensive and bulky for everyday use.

What’s new? Starting in 2023, T-Mobile’s US customers won’t have to worry about dead zones or sat phones — they’ll be able to use their own smartphone to send texts from almost everywhere in the nation thanks to “Coverage Above and Beyond.”

“It’s a lot like putting a cellular tower in the sky, just a lot harder.”

T-Mobile says the network will provide nearly complete coverage in the US, including Hawaii, parts of Alaska, Puerto Rico, and territorial waters. It will also be compatible with the “vast majority of smartphones” already on its network — no need to buy new equipment.

“It’s a lot like putting a cellular tower in the sky, just a lot harder,” said Sievert. “Your phone doesn’t really know it’s connecting for space.”

“It’ll think it’s connected to a cell tower, because that phone is using industry standard technology communication protocols and it has the spectrum already built in, as the vast majority of phones in circulation today do,” he continued.

The service will be free with T-Mobile’s “popular plans,” according to Sievert, but the company might charge customers to add it to lower-cost plans. The fee would still be far less than what satellite services charge, though.

T-Mobile expects to beta launch the network before the end of 2023. Initially, it will only support text messaging, but the goal is to add voice and data capabilities in the future.

Thinking big: The satellites in the current Starlink constellation wouldn’t work for the Coverage Above and Beyond network — SpaceX will need to use the larger Starlink Version 2 satellites it plans to begin deploying in 2023.

Those are so big, they can’t be launched on its existing Falcon 9 rockets, though, so if development of SpaceX’s Starship is delayed, the company will have to figure out a plan B for the T-Mobile network — Musk said that might be the development of a Falcon-friendly interim satellite.

T-Mobile expects to beta launch the network before the end of 2023.

SpaceX also needs to build advanced antennas to attach to the satellites — and those are still in development.

“[T]hey’ve got to pick up a very quiet signal from your cellphone,” said Musk. “And you can imagine, that signal’s gotta travel 500 miles and then be caught by a satellite that’s traveling 17,000 mph. And the satellite’s got to compensate for the Doppler effect of moving so fast.”

“So this is really quite a difficult technical challenge,” he continued. “But we have it working in the lab, and we’re confident this will work in the field.”

The big picture: SpaceX and T-Mobile appear confident they’ll not only be able to launch their network, but also expand it globally, working with other carriers to ensure that no one is ever left searching for a signal when they need it most.

“Our vision is, if you have a clear view of the sky, you’re connected,” said Sievert. 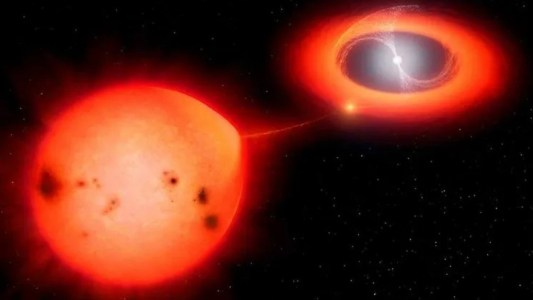 Today, the fastest-ever nova to fall off has been discovered, and even faster ones may be out there. What comes next?

Outer Space
A new nova disappeared faster than ever, and an even bigger cosmic catastrophe is coming
By Ethan Siegel
Subscribe to Freethink for more great stories
Subscription Center
Sections
Video
Freethink
Subscribe
We focus on solutions: the smartest people, the biggest ideas, and the most ground breaking technology shaping our future.
Subscribe