Update, 11/16/22, 11:38 a.m. ET: SLS lifted off from Launch Complex 39B at Kennedy Space Center at 1:47 a.m. ET on November 16. Nearly two hours later, the Orion spacecraft separated from the rocket’s upper stage and is currently headed toward the moon.

“Today, we got to witness the world’s most powerful rocket take the Earth by its edges and shake the wicked out of it,” said Mike Sarafin, NASA’s Artemis mission manager. “We have a priority one mission in play right now.”

The SLS is the most powerful rocket ever built, generating 15% more thrust than the Saturn V. That will allow it to send an Orion capsule — with or without astronauts — past low Earth orbit and toward the moon, Mars, or deeper space.

The four-mile journey from the hanger to the launchpad took 10 hours.

Ready for launch: When NASA began developing the SLS in 2011, the plan was to have the rocket ready for an uncrewed test flight in 2016 — but that launch has been delayed more than a dozen times.

Now, for seemingly the first time ever, something involving the SLS is ahead of schedule: NASA had planned to wait until August 18 to move the moon rocket to its launchpad at Kennedy Space Center, but decided last-minute to accelerate the schedule by two days.

It took nearly 10 hours for the SLS to make the four-mile journey from its hanger to the launchpad aboard crawler-transporter 2 (CT-2), a tank-like vehicle larger than a baseball infield, but the trip went off without a hitch.

Soon: NASA is now prepping the SLS rocket systems for launch. The first two-hour window for that opens on ​August 29 at 8:33 a.m., but if that doesn’t pan out, NASA has September 2 and 5 as backups. You can watch the livestream of the launch via the livestream below.

The third SLS launch, set to happen in 2025, will be crewed by up to four astronauts, and this time, two crew members will travel to the moon’s surface — returning humans to the moon for the first time in more than 50 years. 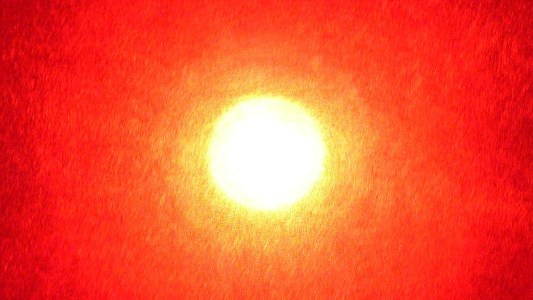 If Russia is able to build the laser, it would be capable of shielding a large part of the country from the view of satellites.

Engineering
Russians reportedly building a satellite-blinding laser. How would it work?
By Iain Boyd
Subscribe to Freethink for more great stories
Subscription Center
Sections
Video
Freethink
Subscribe
We focus on solutions: the smartest people, the biggest ideas, and the most ground breaking technology shaping our future.
Subscribe