NASA has just released a report detailing how it will deorbit — or crash — the International Space Station (ISS) in 2031, bringing it down into the Pacific Ocean.

“This announcement is a gigantic punctuation mark that the era of the ISS is coming to an end,” Jeffrey Manber, president of international space stations for aerospace company Voyager Space, told the Washington Post.

On borrowed time: For more than two decades, the ISS has been NASA’s primary space-based laboratory, giving the agency and its collaborators the ability to conduct research that’s impossible on Earth.

NASA initially expected to deorbit the ISS in 2015, but the station’s death date kept getting pushed back, first to 2020 and then to 2024. In December 2021, the Biden administration granted the ISS another life extension, this time to 2030.

For reals: It appears this latest deorbiting date will actually stick because, well, it sort of has to — systems are failing, cracks are appearing, and toilets are even occasionally breaking on the aging space station.

In anticipation of the ISS’s demise, NASA has now sent Congress a detailed report explaining exactly how it plans to deorbit the spacecraft.

The plan: According to NASA’s report, the plan is to send the ISS plunging through Earth’s atmosphere in January 2031. The station will then enter a part of the Pacific Ocean known as “Point Nemo.”

Because Point Nemo is farther from land (1,670 miles) than anywhere else on the planet, it’s often called the “loneliest place on Earth.” This isolation has also made it an attractive spot to deorbit old satellites and spacecraft, leading to the nickname the “spacecraft cemetery.”

What comes next: NASA has no intention of letting the ISS’s deorbiting affect its ability to do space-based research — astronauts will just start doing it on other space stations built and maintained by private companies.

In 2020, NASA awarded Houston’s Axiom Space a $140 million contract to build and attach a new module to the ISS in September 2024. That module will detach prior to the deorbiting of the ISS, ensuring NASA has continuous access to space.

The agency has also awarded contracts totaling $415.6 million to other companies to develop their own space stations, the idea being that NASA will then be able to buy or lease space for its astronauts aboard them without having to worry about maintenance or, eventually, deorbiting. 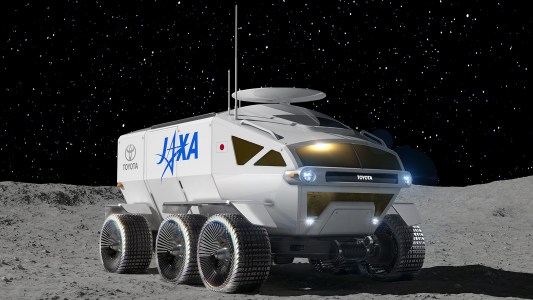 Toyota’s pressurized moon rover, the “Lunar Cruiser,” could help astronauts live on the moon — and help us combat climate change on Earth.

Aerospace
Toyota is building a “Lunar Cruiser” for Japan
Subscribe to Freethink for more great stories
Subscription Center
Sections
Video
Freethink
Subscribe
We focus on solutions: the smartest people, the biggest ideas, and the most ground breaking technology shaping our future.
Subscribe