Toyota is building a pressurized moon rover called the “Lunar Cruiser” that could help astronauts live on the moon — or Mars.

The background: In 2019, Toyota and the Japan Aerospace Exploration Agency (JAXA) announced a collaboration to research a hydrogen-powered moon rover.

The plan was for the rover to be crewed and pressurized, meaning astronauts wouldn’t need to wear space suits inside. It would have about 460 cubic feet of living space — that’s large enough for four people in an emergency situation, but ideally, it would have a crew of two.

The rover would be used to explore the moon’s polar regions, mainly to see whether astronauts could utilize the area’s frozen water and other resources.

What’s new: The prospective vehicle has a nickname — the Lunar Cruiser — and Toyota has now told the Associated Press that the goal is to have the vehicle ready to help sustain a human presence on the moon by 2040 and, later, on Mars.

According to Toyota’s Lunar Cruiser project leader Takao Sato, the vehicle is being designed with the idea that our cars can provide us with a place to eat, sleep, and work on Earth, and that the same is possible in space.

The Lunar Cruiser is expected to have a range of more than 6,200 miles using hydrogen and oxygen transported from Earth.

Toyota and JAXA are collaborating with other private entities on the Lunar Cruiser, including robotics startup Gitai Japan, which announced in December 2021 that it has delivered a prototype of a robotic arm for the rover.

The arm is multifunctional, with an end that can support a variety of tools — astronauts could use it for maintenance, inspections, and more.

Why it matters: No one has ever sent a pressurized rover to the moon before — the Lunar Roving Vehicle used during the Apollo missions was open air (so to speak).

Such a vehicle could be a huge boon for off-world research. Rather than being tied to a stationary base every day, astronauts would essentially be able to take their base with them as they explore the moon.

The Lunar Cruiser is expected to have a range of more than 6,200 miles using hydrogen and oxygen transported from Earth — almost enough to circle the moon at its equator — and if astronauts can source more fuel on the moon or Mars, they could travel even farther.

“Manned rovers with pressurized cabins are an element that will play an important role in full-fledged exploration and use of the lunar surface,” JAXA President Hiroshi Yamakawa said in March 2019.

Earth-based benefit: The only byproduct of a hydrogen fuel cell is water, but the cost and energy involved in obtaining pure hydrogen has prevented hydrogen-powered vehicles from catching on here on Earth.

The research Toyota is doing with JAXA could change that.

“Contributing to Earth’s environment cannot be achieved without the widespread use of electrified vehicles,” Toyota Executive VP Shigeki Terashi said in 2019.

“Toyota wants to provide electrification to its customers in various forms, such as through systems and technologies,” he added. “Our joint studies with JAXA are a part of this effort.” 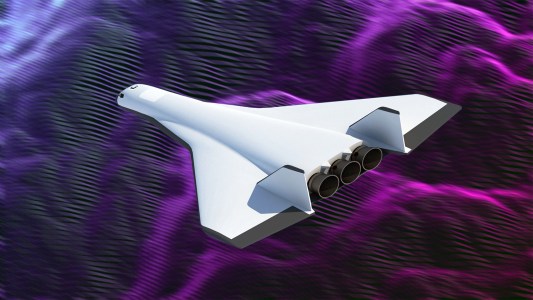 Radian Aerospace is building a first-of-its-kind space plane that flies directly into orbit after taking off horizontally from the ground.

Aerospace
New space plane would fly directly into orbit from a runway
By Kristin Houser
Subscribe to Freethink for more great stories
Subscription Center
Sections
Video
Freethink
Subscribe
We focus on solutions: the smartest people, the biggest ideas, and the most ground breaking technology shaping our future.
Subscribe