The food astronauts eat has a shelf life that could limit our ability to send them on long-term missions — so Purdue University engineers designed a fridge for astronaut food that could make it last twice as long.

The challenge: The canned and dried food astronauts eat while in space is good for about three years. That’s fine for the average six-month-long visit to the International Space Station, but if we want to send astronauts on longer missions, it needs to last longer.

A refrigerator could extend the shelf life of astronaut food, but standard fridges don’t work in microgravity.

“In a typical fridge, gravity helps to keep liquid and vapour where they are supposed to be,” researcher Leon Brendel said in a press release. “Similarly, the oil lubrication system inside of a fridge’s compressor is gravity-based.”

The space fridge: To overcome this issue, Purdue designed a fridge they believe would work in microgravity, allowing food to last five to six years in space.

It doesn’t require any oil, and it pushes the refrigerant liquid through the cooling system at a higher velocity, which minimizes the effect of gravity on the fridge’s performance.

Ideally, the fridge — which is the size of a microwave — would be sent to space before the astronauts arrive and would be able to operate at freezer temperatures.

Cold run: While developing their fridge for astronaut food, the researchers have been spinning it around in the lab, ensuring it could operate upside down and sideways. But the real challenge would be seeing how it worked under microgravity conditions.

For that, they teamed up with Zero Gravity Corporation, which operates a “weightless research lab.”

More specifically, it has a plane with an interior specially designed for research experiments. When the plane flies in high arcs, the downward part of the cycle produces microgravity conditions in the interior of the plane.

The results: Purdue’s fridge for astronaut food was put to the test during four flights. The plane produced microgravity conditions 30 times — for about 20 seconds each time — during each flight.

That gave the researchers the opportunity to test many different parameters. They’re still analyzing the data, but it appears their fridge works.

“The fact that the refrigeration cycles operated continuously in microgravity during the tests without any apparent problems indicates that our design is a very good start,” Brendel said. 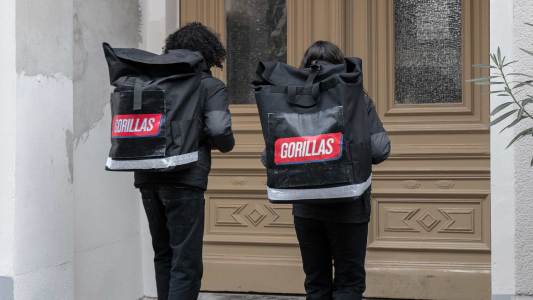 German grocery delivery startup Gorillas, which delivers orders within 10 minutes, is bringing its ultra-fast operation to the U.S.