A journey to the moon can take a spacecraft anywhere from 36 hours to more than a year — the duration depends on how much money the team behind the moon mission is willing to spend on the trip.

If a mission is on a tight budget (but a not-so-tight timeline), one of the cheaper options is to send the spacecraft into high-Earth orbit, have it swing around the planet, and then use that momentum to slingshot it toward the moon, a maneuver called a “gravity assist.”

Now, NASA scientists have figured out a new way to reach the moon using a gravity assist — and following the path, their microwave-sized spacecraft could complete the journey to the moon in just two-and-a-half months instead of the six initially projected.

A Journey to the Moon

The new path to the moon is the work of scientists involved in NASA’s upcoming Dark Ages Polarimeter Pathfinder (Dapper) mission.

The mission’s goal is to get an instrument to the “cone of silence” on the far side of the moon — that’s the only part of the inner solar system that Earth’s radio waves can’t reach, offering an unprecedented opportunity for studying the universe without interference.

This trajectory to the moon arose out of necessity, as these things often do.

The problem? The scientists knew they only had a budget of $150 million to make that journey to the moon — so they put pen to paper and came up with a more efficient route.

“This trajectory to the moon arose out of necessity, as these things often do,” Jack Burns, leader of the Dapper mission, told Business Insider. “We needed to keep the launch costs low and find a cheap way to get to the moon.”

The plan involves the spacecraft hitching a ride into high-Earth orbit (which is about one-tenth of the journey to the moon). This is a popular stop for communication satellites so the spacecraft would just piggyback off one of those missions.

Then, the researchers came up with a series of maneuvers that would enable a spacecraft to take advantage of both the Earth’s and the moon’s gravity, accelerating and decelerating the craft at just the right moments to minimize the amount of fuel — and time — needed to reach the moon.

Somewhat ironically, the Dapper team might not even need to use the path for their own mission — their instrument might be able to hitch a ride to the moon via a commercial launch service, such as SpaceX, or even NASA’s in-development Space Launch System rocket.

“The possible ways to get there have widened considerably since this orbital trajectory was first designed,” Burns said.

Even if the Dapper team doesn’t need to use the trajectory, though, others might. To do so, they’ll need to secure a license from NASA — in 2015, the agency filed a patent application for the new route to the Moon, and on June 30, the application was approved.

The idea of patenting a route might seem odd, but it makes sense for something as complicated as a journey to the moon, according to Burns

“It’s a creation that was the result of doing numerical modeling of planetary trajectories,” he explained. “So it is intellectual property.”

The cost of such a license is usually between $5,000 and $10,000, but Burns sees the patenting as more of a formality than an attempt by NASA to make money.

“It just is a marker that lays down that this was your intellectual property — you did this, and you were the creator of it — so that at least when people use it, they give credit,” he said. 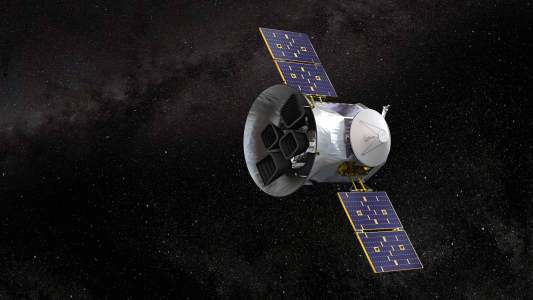