An amateur astronomer has spotted a previously unknown moon of Jupiter, the first discovery of a new planetary moon by a non-professional.

Jupiter’s moons: A moon is any natural object that orbits another celestial body. The eight planets in our solar system have more than 200 moons between them, and astronomers have even spotted moons orbiting asteroids.

Jupiter is particularly well-suited for wrangling moons. As the biggest of the planets, it has a lot of space around it to support them, and its strong gravitational field can readily pull nearby objects into its orbit.

Because many of these moons likely formed soon after Jupiter, scientists can learn more about our early solar system by studying the satellites.

Unexplored space: As of 2018, scientists had identified 79 moons around Jupiter — but astronomers predict it might actually have more than 600.

The problem with pinning down an exact number is that a moon can only be confirmed once scientists can prove it’s caught in a planet’s orbit.

To do that, they need to be able to show the prospective moon is following a stable path around the planet, which means tracking it across images of different locations recorded at different points in time.

Telescopes can only record images of Jupiter’s moons for about one month out of the year, when the planet is closest to Earth. The limited images can make it difficult to predict and confirm a potential moon’s orbit.

The images were recorded by the Canada-France-Hawaii Telescope on a single night in February 2003, and Ly was able to identify three possible moons in them. They then spotted one of the objects, now dubbed “EJc0061,” in images from the following three nights.

Ly used images from earlier in the month to track EJc0061 making a 22-day-long arc across Jupiter’s sky — that suggested that the object was trapped in the planet’s orbit. They then used images from the next 15 years to confirm their discovery of the new moon of Jupiter.

“I’m proud to say that this is the first planetary moon discovered by an amateur astronomer!” Ly reported. 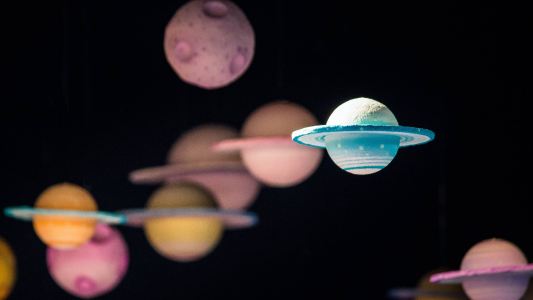 Researchers flipped the viewpoint and asked the question of: if life on exoplanets existed, could they see us?

Outer Space
Say cheese: Life on these exoplanets may be watching us
By Teresa Carey
Subscribe to Freethink for more great stories
Subscription Center
Sections
Video
Freethink
Subscribe
We focus on solutions: the smartest people, the biggest ideas, and the most ground breaking technology shaping our future.
Subscribe