As the world’s space agencies gear up for missions to the moon and Mars, another set of missions has its sights on a less understood body in our solar system: Venus.

Since 1966, space agencies have conducted more than three dozen missions to Venus, yet there remain many open questions about the second planet in our solar system, including the nature of its climate, what Venus can teach us about distant exoplanets, and whether the planet once supported or may still support life.

One project that could help unravel Venusian mysteries is the Bioinspired Ray for Extreme Environments and Zonal Exploration (BREEZE) — a spacecraft designed to use inflatables and flapping wings to ride the strong winds high above the surface of Venus. The project is supported by NASA’s Innovative Advanced Concepts (NIAC) program, which periodically awards funds to teams who create innovative aerospace concepts.

The NIAC program has advanced BREEZE into the second of three phases of funding, putting it among a small set of projects aiming to travel to (what is often) our nearest neighbor in the solar system.

Venus is a hellishly inhospitable planet. Although scientists believe that Venus might once have supported an Earth-like atmosphere and liquid water billions of years ago, the planet now has surface temperatures of over 870 degrees Fahrenheit, air pressures that would instantly crush a human, and a veil of clouds made of sulfuric acid.

These extreme conditions have thwarted most lander missions to the planet, though some have succeeded. The first was the Soviet Union’s Venera 7 mission in 1970, which managed to transmit data from the surface for about 20 minutes.

But not all parts of the planet are quite as violent. The upper Venusian atmosphere is the most Earth-like zone in our solar system, harboring very similar temperatures and air pressures to our planet.

This is the sweet spot where BREEZE and other NASA missions are aiming.

True to its name, BREEZE aims to ride the winds above Venus using inflatable technology and wing-flapping structures that were inspired “by the musculoskeletal system of a manta ray.”

The wing design would set it apart from other inflatable-based spacecraft, which rely solely on the wind for propulsion.

After completing the 38-million-mile journey to Venus, the flier would descend into the atmosphere and circumnavigate the planet every four to six days, traveling at roughly the same speed as the winds.

That means the craft would spend roughly two days within reach of sunlight, during which solar panels could recharge its batteries, before spending another couple of days exploring the dark side of the planet.

It remains unclear whether BREEZE will ever fly the Venusian skies. In any case, it will be preceded by two NASA-led Venus missions — DAVINCI+ and VERITAS — that are scheduled to launch between 2028 and 2030.

DAVINCI+ will study the evolution of Venus’ atmosphere and search for evidence of ancient oceans, while VERITAS will study the planet’s geological history. Additionally, the European Space Agency plans to capture high-resolution images of the Venusian surface through its EnVision mission scheduled for the early 2030s.

The private sector has its sights on Venus, too. In 2023, the privately-funded Venus Life Finder missions, conceived by MIT researchers and headed by the aerospace company Rocket Lab, aim to conduct the first of three astrobiology missions to the planet.

The ultimate goal? Finding out whether alien life exists on Venus — a possibility that recent research on the Venusian atmosphere seemed to support, though subsequent studies have challenged those findings.

The Venus Life Finder mission aims to settle the debate by returning samples from Venus to Earth. Its report summary states: “…a Venus atmosphere sample return is needed to robustly answer the compelling question, ‘Is there life on Venus?’ We envision bringing back about one liter of Venus atmosphere and up to tens of [grams] of Venus cloud particles for exquisitely detailed investigations here on Earth of the kind that cannot be done remotely.” 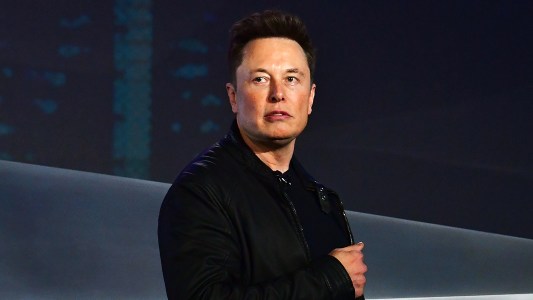 Starlink satellite internet service has been established in Ukraine.

Disaster Response
Starlink lands in Ukraine
By B. David Zarley
Subscribe to Freethink for more great stories
Subscription Center
Sections
Video
Freethink
Subscribe
We focus on solutions: the smartest people, the biggest ideas, and the most ground breaking technology shaping our future.
Subscribe