Using an array of more than 60 telescopes, Caltech researchers have produced the first high-res temperature map of the Psyche asteroid — and it suggests the hunk of metal might not be the core of a developing planet after all.

Why it matters: Most asteroids are either rocky or icy, but the Psyche asteroid appears to be made mostly of the metals iron and nickel.

Earth’s core is also made of those metals, so scientists have long wondered whether Psyche might be the shattered core of an early planet — stripped of its rocky shell by collisions when the solar system was first forming.

If so, by studying the Psyche asteroid, we may be able to learn more about Earth’s core and the formation of other planets throughout the universe.

The challenge: The Psyche asteroid is only about 140 miles in diameter, and, at the closest part of its orbit, it’s still 111 million miles away from Earth.

In other words, it’s a tiny object that’s incredibly far away, which makes it hard to see.

The heat is on: One way to learn about distant objects like Psyche is to study how they emit heat. Now, Caltech scientists have used the ALMA telescope array in Chile to produce a high-resolution heat map of the Psyche asteroid.

Based on that map, they were able to make new inferences into the surface of the asteroid.

These led them to conclude that the asteroid probably doesn’t have a smooth metal surface but one covered by rocks, embedded with grains of metal — and that suggests that Psyche might not be the exposed core of an ancient protoplanet after all.

The mystery of the metal shard’s origins remains.

Looking ahead: NASA plans to launch a spacecraft in 2022 that will reach the Psyche asteroid in early 2026. That will give scientists a chance to study the object up close and, hopefully, clear up its origin once and for all.

“This is an opportunity to explore a new type of world — not one of rock or ice, but of metal,” principal investigator Lindy Elkins-Tanton said at the mission’s announcement.

“16 Psyche is the only known object of its kind in the solar system, and this is the only way humans will ever visit a core,” she continued. “We learn about inner space by visiting outer space.” 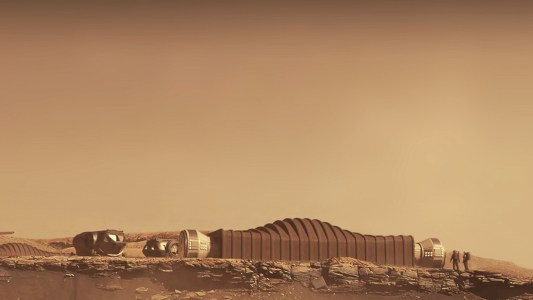 To prepare for a future in which astronauts are living on Mars, NASA is looking for people willing to live in a simulated Mars habitat.