“As unrealistic as it may seem, we show that space advertising based on 50 or more small satellites flying in formation could be economically viable,” they write in the journal Aerospace.

Space ads: Thanks to cheaper rocket launches and low-cost CubeSats, space is more accessible than ever before, making it easier for scientists, startups, and others to get into orbit — performing groundbreaking experiments in microgravity, for instance.

But the situation is also making space advertising seem viable. The idea is to use CubeSats equipped with sun-reflecting sails as pixels in giant ads, which would be visible to the naked eye below on Earth — kind of like drone light shows.

It sounds like science fiction, but some think it’s becoming a feasible marketing option.

While many have talked about space advertising — including beverage giant Pepsi — no one has actually created one of these off-world billboards, though, so we don’t know exactly how they would work, what they would cost, or whether they’d even be worth it.

Ad it up: The Russian researchers’ new study addresses some of the mystery surrounding space ads.

Based on their calculations, it would cost $65 million to deploy an ad made by 50 satellites equipped with 32-square-meter reflectors — the largest size that’s been successfully deployed on a CubeSat — for 1 to 3 months, including the costs of the satellites, launch, and engineering.

The team then estimated the potential revenue that could be generated from one of the ads.

It would cost $65 million to deploy an ad made by 50 satellites, according to the study.

Because space ads would need some sunlight to reflect, but also a dark enough sky to be visible from the ground, they’d be most visible at sunrise and sunset. It’d make sense, then, for the formations to travel with the sun, moving over one populated city after another.

The researchers calculated a possible path for a satellite formation, with the assumption that it would display an ad for about a minute over one city before moving to the next location, and then estimated the revenue to be made during a deployment.

Based on those estimates, they determined that a space advertising mission could generate up to $2 million in revenue daily — enough for the space ad to pay for itself in about a month.

Why it matters: The prospect of a billboard circling the Earth raises some obvious aesthetic concerns. But it could also create practical issues for studying the night sky.

Astronomers have been vocal about their concerns that the expected increase of satellites in low-Earth orbit will hinder their ability to study space, track potentially dangerous asteroids, and more.

“As the number of satellites continues to grow, astronomy is facing a watershed moment of increasing interference with observations and loss of science,” Connie Walker from NOIRLab told BBC News.

This controversy might deter major brands from giving space advertising a go at first, but it’s all but certain that some company will put a billboard in space — and if they end up making a lot of money from it, we might start seeing space ads all across the sky at twilight. 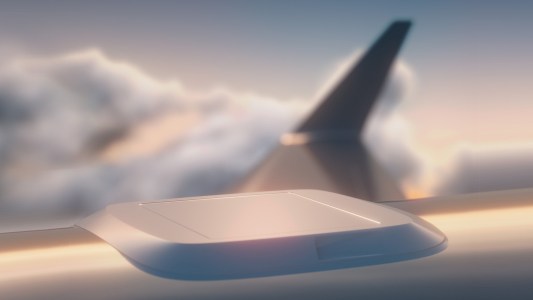 SpaceX is launching Starlink Aviation, a new service that will make its satellite internet network available on airplanes.