A stratospheric balloon designed to take tourists to the edge of space has successfully completed its first test flight, prompting its maker, Space Perspective, to open up ticket sales — for a cool $125,000 each.

The challenge: Thanks to reusable rockets, the cost of space flight has decreased significantly, but off-world vacations are still very expensive — we’re talking roughly $55 million per ticket.

That high cost has put space well out of financial reach for most people.

However, there are some space aficionados who might not be able to afford a trip into orbit, but who can shell out for more than your standard family vacation to Disney World — and Space Perspective plans to tap that market with its Spaceship Neptune.

The idea: Neptune is a balloon system with an attached capsule that can carry eight people and a pilot into the stratosphere, about 19 miles above Earth’s surface.

Once the balloon reaches its peak altitude, those in the capsule will be able to see for 450 miles in any direction. That’s not quite the view they’d get from orbit, but it’s stunning, nonetheless.

Maiden flight: On June 18, Space Perspective completed the first test flight of its stratospheric balloon. As planned, the craft reached a peak height of about 20 miles before splashing down in the Gulf of Mexico 6.5 hours after liftoff.

“I could not be more proud of the performance of the team and the flight system,” Co-CEO and Founder Taber MacCallum said in a press release. “It was spectacular to witness the teamwork and the high level of expertise yield such a successful result.”

The startup now plans to use data from that flight to refine its design over the next 9 to 12 months before another round of test flights.

Ticket sales: Space Perspective doesn’t expect to send paying passengers on stratospheric balloon flights until 2024 at the earliest, but it is willing to start taking their money now.

On June 23, it opened ticket sales to the public, and for a refundable deposit of $1,000, you can secure yourself a spot in one of the company’s high-flying Neptune capsules. Before liftoff, though, you’ll need to pony up another $124,000.

In addition to the stunning view, your ticket will net you a reclining seat and champagne — and because the six-hour journey is via stratospheric balloon and not rocket, you won’t even have to complete any grueling astronaut training before the trip. 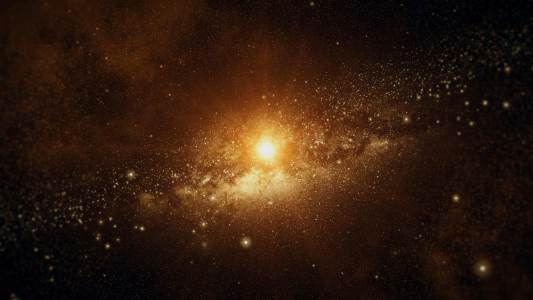 Astronomers have created the first ever 3D map of the heliosphere, using satellite data to reveal the part of the universe influenced by our sun’s solar wind.

Astronomy
See the first 3D map of the heliosphere
By Kristin Houser
Subscribe to Freethink for more great stories
Subscription Center
Sections
Video
Freethink
Subscribe
We focus on solutions: the smartest people, the biggest ideas, and the most ground breaking technology shaping our future.
Subscribe