Black holes are regions of space-time where gravity is so strong, nothing can escape the pull — not even light. So it’s remarkable that scientists have now directly observed light from behind a supermassive black hole — but it wouldn’t have surprised Albert Einstein.

The hole story: We don’t actually know what’s inside a supermassive black hole, but we do know that a spinning plane of gas and dust, called the accretion disc, rotates around it.

As gas is getting sucked into a black hole, it heats up, eventually getting so hot that electrons separate from atoms.

“We shouldn’t be able to see anything that’s behind the black hole.”

This creates a cloud of magnetized plasma that twists and arcs above the spinning black hole. That feature is known as a corona, and it can emit x-ray flares.

Different kind of corona: The team behind this new discovery set out to study the corona of a supermassive black hole 1.8 billion light-years away from Earth. While observing x-ray flares from the corona, they realized that the flashes were followed by smaller flares in different colors.

Based on the time delay and the color shift, they determined that these were the same flares, reflecting off the gas on the far side of the black hole — not the side facing Earth.

“Any light that goes into that black hole doesn’t come out, so we shouldn’t be able to see anything that’s behind the black hole,” lead author Dan Wilkins said in a press release.

“The reason we can see that,” he continued, “is because that black hole is warping space, bending light and twisting magnetic fields around itself.”

General relativity: That confirms Einstein’s prediction, detailed in his theory of general relativity, about how light should bend around gigantic objects, like a supermassive black hole.

And while Einstein being right about something isn’t exactly groundbreaking, the fact we now have the tech to see his theories play out in space is pretty wild.

“Fifty years ago, when astrophysicists [started] speculating about how the magnetic field might behave close to a black hole, they had no idea that one day we might have the techniques to observe this directly and see Einstein’s general theory of relativity in action,” co-author Roger Blandford said.

Why it matters: In addition to proving Einstein right, this study also furthers our understanding of supermassive black holes — and that’s key to our making sense of the universe at large.

“If you want to understand how galaxies form, you really need to understand these processes outside the black hole that are able to release these enormous amounts of energy and power, these amazingly bright light sources that we’re studying,” Wilkins said.

Aerospace
The most anticipated space missions of 2022
2022 will be a big year for space missions, with huge rocket launches, several rover rollouts, and a first-of-its-kind asteroid collision.

Aerospace
Water on Mars found hidden in massive canyon
Scientists have discovered a huge store of hidden water on Mars, and it’s just below the surface of the Valles Marineris canyon system.

Aerospace
The Hubble Space Telescope is dying. Here’s what’s next.
With Hubble living on borrowed time, NASA and its partners prepare to launch the satellite’s successor: the James Webb Space Telescope. 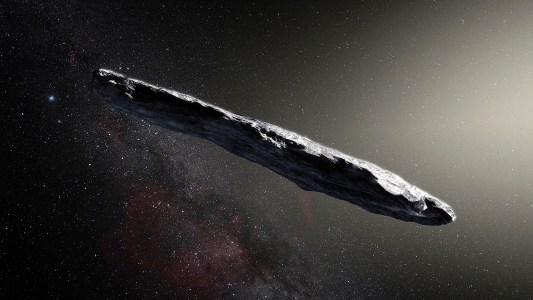