Rainforests are sometimes called the Lungs of the Earth. Deeply inhaling carbon dioxide and exhaling life-giving oxygen, the natural rhythm of these verdant expanses is as important to the planet as breathing is for us.

On its own, the mighty Amazon jungle could capture around 600 million tons of CO2 per year, says Tasso Azevedo, one of Brazil’s leading environmental advocates.

But our lungs are scarred. Their capacity is being steadily diminished as human activity deforests the Amazon and other crucial ecosystems, leaving behind a completely different environment.

Land is stripped to make pastures for cattle, one of Brazil’s chief exports. Illegal logging and gold mining remove natural resources without thought to the damage left behind.

The construction of new roads allows access deeper and deeper into nature, opening up previously untouched — and unreachable — stretches. Fires set for deforestation rage beyond their original aims. And government and law enforcement oversight is lacking.

The pace at which the Amazon alone is being stripped away is staggering; in the first half of 2022 , an area five times the boroughs of New York City has been lost. It’s happening as the Amazon and other ecosystems also face a changing climate — the warmer and drier weather raising fire risks and making the jungle less resilient.

“If we take out the Amazon from the globe, there’s like no way we can get to the Paris agreement,” Azevedo told Freethink. “We have this tragedy where the interests of very few people is creating a problem for everybody else.”

And protecting the Amazon and other ecosystems will mean not only watching out for deforestation, but having a sharper, larger picture of the negative impacts of land use as a whole, both to understand what is happening and to help stop illegal activity.

A coalition of NGOs, universities, and tech companies, are harnessing technology to help track and fight the illegal land uses threatening the Amazon and other Brazilian ecosystems. The collaborative project, called MapBiomas, uses satellite imagery to track and report illegal deforestation, map the impact of forest fires, determine where surface water is receding and how, and send alerts to various regulatory and law enforcement agencies. With all of its data available publicly, MapBiomas is fighting not only climate change and environmental destruction, but crime, too.

The recipient of a Skoll Social Innovation Reward and $2.2 million dollar donation, MapBiomas is expanding its mission beyond the Amazon, covering all of the countries in South America as well as Indonesia.

The image comes from satellites and are analyzed using AI algorithms in a platform called Google Earth Engine that can label each pixel based on what they see — jungle, pasture, or water, for example. But getting that information is a challenging task.

The most important part needed for the AI to do its thing is human-identified, accurate samples to compare to what it is seeing, says Marcos Rosa, the technical coordinator of MapBiomas. This means gathering accurate image samples for the various different regions of Brazil, which can be quite different from each other.

“We have dense forest in the Amazon, but we have open forest in Cerrado,” Rosa says, referring to a large tropical savannah.

“And during the winter or dry season, this forest in Cerrado will lose [its] leaves, and it will look and behave very differently from the forests in [the] Amazon that will always keep their leaves all the year.”

Those samples are fed to the AI, which learns to identify what is in each pixel using them. It’s an efficient technique, Rosa says – it allows MapBiomas to classify land cover and land use in over 25 different environments. By comparing the changes in the pixels year-to-year — what was once jungle is now pasture, for example — MapBiomas can track environmental impact on a massive scale.

That data is used to produce annual maps tracking land use in Brazil.

MapBiomas Alerts are used by over 170 different institutions with an interest in deforestation. Environmental agencies, banks, and consumers can use the alerts to avoid doing any business with illegal operations.

And law enforcement can use it to try and shut those operations down.

Watch our full video on MapBiomas:

A Map to a Better Amazon

The main driver behind clear-cutting is agriculture. Of the land that has been cleared, MapBiomas has found that 74% is now pasture land for feeding Brazil’s enormous beef industry. The country was the world’s largest beef exporter in 2020, a market worth billions of dollars.

But much of that clear cutting is done illegally —over 98% of deforestation events show at least some evidence of illegality, Azevedo says. Interdicting across such vast and remote terrain is not only difficult, but dangerous. MapBiomas’ satellite imagery allows for charges to be filed without needing to go into the field.

MapBiomas data can help fight illegal cutting, logging, mining, and even human trafficking, which can correlate with deforestation hotspots, computer scientist Luis Assis says — deforestation can be associated with child labor. Other researchers have used MapBiomas data to figure out how much gold was entering the market illegally. Thus far, law enforcement agencies have filed more than 4,500 environmental cases using MapBiomas’ data.

“These are a few examples of how it is being used,” Azevedo says. “The way we do it is that we make it as open as possible. All data, algorithms and everything that is produced by MapBiomas, is available on the internet [for] anyone to use.” 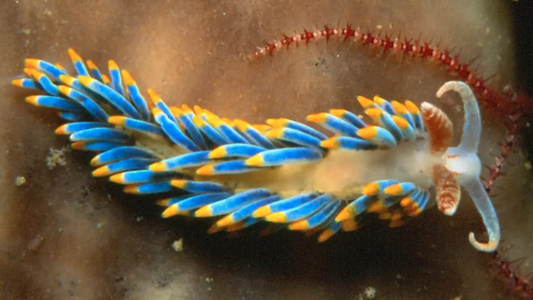 These bizarre mollusks have the ability to regenerate their bodies and to absorb other organisms’ attributes.

Animals
These psychedelic “body snatchers” regenerate their bodies and absorb other organism’s attributes
By Jonny Thomson
Subscribe to Freethink for more great stories
Subscription Center
Sections
Video
Freethink
Subscribe
We focus on solutions: the smartest people, the biggest ideas, and the most ground breaking technology shaping our future.
Subscribe