As an AI engineer, Jagadish Mahendran has spent a lot of time trying to help robots “see” the world around them.

Using technology developed by Intel, Mahendran has created a voice-activated AI backpack that guides people with visual impairments in outdoor environments — and the system costs just $800, compared to thousands for some smart glasses.

An estimated 285 million people are visually impaired, meaning they have vision problems that can’t be corrected with glasses. Of that group, 39 million are blind.

For blind people, navigating an outdoor environment can be both difficult and potentially dangerous — they may have trouble safely crossing the street or knowing when they need to step up onto a curb.

Guide dogs can help in these situations, but they can be expensive (and some people are allergic). White canes, meanwhile, won’t help them avoid overhead hazards, such as hanging tree branches.

There are other assistive technology devices to help with navigation, but they aren’t always ideal.

Smart glasses usually cost thousands of dollars, while smart canes require a person to dedicate one hand to the tech — not great if they’re, say, trying to carry groceries home from the store.

Mahendran’s AI backpack, MIRA, hopes to be the perfect alternative.

“When I met my visually impaired friend, Breean Cox, I was struck by the irony that while I have been teaching robots to see, there are many people who cannot see and need help,” he said. “This motivated me to build the visual assistance system.”

Before jumping into development on the AI backpack, Mahendran and his collaborators interviewed several people with visual impairments to ensure the device would address the challenges they faced.

Armed with those insights, they developed a system consisting of a small backpack, a vest, and a fanny pack.

To train the camera’s AI to identify curbs, crosswalks, and other objects, the researchers fed it images from existing databases, as well as some they took and labeled themselves.

After training, they mounted the camera in the vest and connected it to a computing device inside the backpack — this could be anything from a laptop to a Raspberry Pi.

A GPS mounted on top of the backpack also connects to the computer, and the battery powering the whole system goes in the fanny pack.

A Bluetooth-enabled earpiece lets the wearer communicate with the AI backpack.

They can give it commands, such as “Describe,” which prompts the AI to list nearby objects along with their clock positions (e.g., “Stop sign at 2 o’clock”).

They can also hear the AI’s automatic warnings about potential dangers — to let them know a hanging branch is straight ahead, for example, the AI will say “Top, front.”

MIRA can run for eight hours on a single charge and is designed to blend in.

The Future of MIRA

Mahendran told Freethink that the AI backpack prototype cost about $800 — that’s already thousands less than most smart glasses, but he and his team are working to get the cost down even further.

They plan to publish a research paper on the system in the near future and will make everything they develop for the project — the code, datasets, etc. — open source.

We are only limited by the imagination of the developer community.

Right now, they’re raising funds for testing and looking for more volunteers to help them reach their ultimate goal of providing visually impaired people with an open-source, AI-based assistance system for free.

“The technology exists; we are only limited by the imagination of the developer community.” 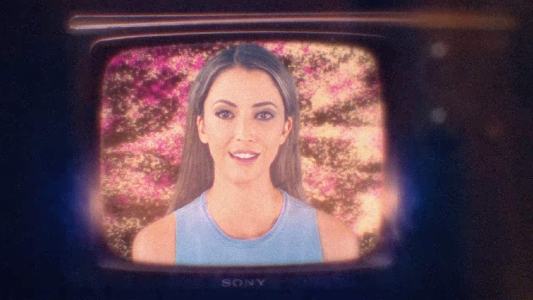 In just a few minutes, Hour One can produce a digital twin of anyone, capturing their likeness, expressions, and voice.

AI
This startup can make a digital twin of anyone
Subscribe to Freethink for more great stories
Subscription Center
Challenges
Video
Freethink
Subscribe
We focus on solutions: the smartest people, the biggest ideas, and the most ground breaking technology shaping our future.
Subscribe