Facebook’s heyday is officially over. On October 28, Mark Zuckerberg announced that his flagship company rebranded itself as Meta — the social media app will remain the same, but will operate under the Meta umbrella.

“From now on, we will be metaverse-first, not Facebook-first,” Zuckerberg declared.

Many in the media dismissed the name change as a quick PR stunt after the release of the Facebook Files. However, Zuckerberg has been intrigued with the idea of an immersive, virtual space for years.  The Meta CEO isn’t changing direction — he’s just stepping on the gas pedal.

This hard push into the new digital frontier, now commonly known as the metaverse, won’t be an easy, cheap, or quick journey. But, at least, it won’t be lonely: Meta is one of many tech companies working to build a next-level digital experience.

What exactly is it?: Let’s be honest, if you’re not intimately familiar with the concept, the word “metaverse” might not mean much to you. It’s vague and abstract — but that’s also kind of the point. This digital world is being built right now and the framework for how we’ll experience this world is still being written.

“The Internet was once envisioned as the ‘information superhighway’ and ‘World Wide Web.’ Neither of these descriptions were particularly helpful in planning for 2010 or 2020, least of all in understanding how the world and almost every industry would be transformed by the Internet,” said Matthew Ball, a venture capitalist who writes about the metaverse.

This digital world is being built right now and the framework for how we’ll experience this world is still being written.

The metaverse could be a fully virtual environment, or it could be 3D images layered onto our physical world, creating an augmented reality. We could enter the metaverse through our phones in the near term, but in the long run we’ll probably use some sort of wearable like a headset or glasses.

It may not even matter how we enter — the big idea is that our physical world will have a greater level of digital enhancement. We’re emerging from a 2D digital world into a fully 3D environment.

The big bet: It’s not just a name change. Meta plans to invest more in Facebook Reality Labs, the part of the company that develops AR/VR technologies, but they won’t see immediate payoffs. Zuckerberg said that the investment is likely to set the company back $10 billion in overall profit this year alone — and, he expects the “investment to grow even further for each of the next several years.”

“Over the next decade, these new platforms are going to start to unlock the kinds of experiences that I’ve wanted to build since before I even started Facebook,” Zuckerberg, according to the Wall Street Journal.

Other companies are investing heavily, too — by 2025, the metaverse is estimated to be worth $82 billion. Calculating the long-term worth is trickier but it could be sweeping. The key is digital commerce.

“If you’re in the metaverse every day, then you’ll need digital clothes and digital tools and different experiences. Our goal is to help the members reach a billion people and hundreds of billions of dollars of digital commerce,” Zuckerberg said, according to the WSJ.

How we’ll use it: TBD, but many are proposing that the metaverse will be a place where our avatars will hang out with our family, friends, and coworkers. Maybe we’ll attend concerts with millions of people, meet up at the office in the middle of a pandemic, or visit our family when we’re away on a business trip. (Assuming that those are still a thing).

“Over the next decade, these new platforms are going to start to unlock the kinds of experiences that I’ve wanted to build since before I even started Facebook.”

Who’s building it: Aside from Meta, the main players in this universe are in the gaming industry. That’s where most of the metaverse-like innovations are coming from. These players include Roblox and Epic Games.

“In the near term, the metaverse will mostly feel like immersive gaming platforms,” said Ball, according to The Information.

“They are farthest ahead in this ‘new internet’ and also fastest to change. Consumer hardware, for example, is typically replaced every 2.5 years, while game engines are constantly being upgraded and new content experiences are being created.”

Other companies include Microsoft, the computing giant Nvidia, and Spatial, just to name a few.

The potential — and goal — is a decentralized metaverse where users can move seamlessly between different companies’ version of the metaverse. This is great for smaller players in this universe too — as The Information notes, it will require big tech platforms to change their “usual strategies of walling off their platforms from each other.”

Cold water: There’s good reason to be skeptical about all of this, too. After 1.5 years of a pandemic and lockdowns, we’ve probably all stared at our screens for longer than we’d like. The thought of being pulled even farther into the digital world can be daunting.

However, today we’ve got pretty distinct lines between the physical reality and the digital reality — if those lines were blurred, would that actually help alleviate our digital fatigue? Maybe.

And then there’s the whole privacy issue. The internet we use today isn’t great at protecting our privacy: will we experience even more privacy concerns in the metaverse? Yes — that part is certain.

And we’ll certainly experience many other concerns that we haven’t even thought of yet. The metaverse is going to be misused by some individuals and some companies. These concerns can’t be taken lightly and we’ll need to hash out rules for how we’ll deal with really bad players.

But there’s also many reasons to think that the net gain here is overwhelming: a truly immersive metaverse could empower us to connect with each other and experience the world like we never thought possible.

And it’s being built right now.

Big Tech
What will happen if Elon Musk does buy Twitter? (Updated)
Billionaire Elon Musk is trying to buy Twitter, and if successful, he plans to make several major changes to the social media giant.
Up Next 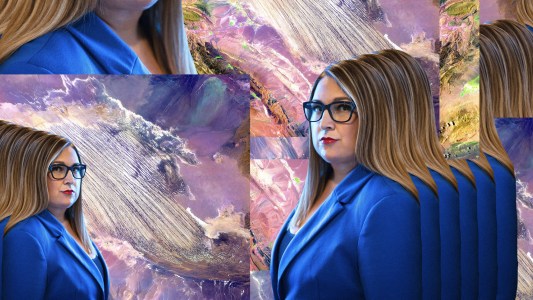 We’re about to enter the metaverse. This will completely change how we interact with our environment, says Futurist Cathy Hackl.

AR
The metaverse is coming. Cathy Hackl explains why we should care.
Subscribe to Freethink for more great stories
Subscription Center
Challenges
Video
Freethink
Subscribe
We focus on solutions: the smartest people, the biggest ideas, and the most ground breaking technology shaping our future.
Subscribe