From Neuralink to Braingate, the race to develop a brain implant that would allow you to control machines with your mind has no shortage of competitors.

But one company is taking a different approach with its neural interface, eliminating the open-brain surgery required by many other in-development devices — without sacrificing accuracy.

A neural interface (also known as a “brain-computer interface” or “brain-machine interface”) works by picking up the electrical signals in the brain and communicating them to a machine outside the body.

In the distant future, humans might opt to use these devices as readily as they use smartphones today — with a neural interface, we could connect to the internet with just a thought or harness the power of AIs to augment our intelligence.

More immediate applications center on healthcare, though — developing devices that could help people with paralysis communicate more easily or allow amputees to control robotic limbs with their minds.

While some groups are developing non-invasive devices — often some kind of helmet capable of picking up brain waves — those neural interfaces are usually less accurate than implanted devices.

Invasive devices, like the one Neuralink is developing, place electrodes either in or on the brain. This results in a more precise reading of brain signals, but they require open-brain surgery, which puts a patient at risk of infection or hemorrhage

Now, a company called Synchron has developed a neural interface that can be implanted in the brain without open-brain surgery, providing the accuracy of an implanted device — without the associated health risks.

To open up blocked blood vessels, doctors will sometimes insert a mesh tube called a stent into the vessel. Synchron took inspiration from these devices when developing its neural interface, called the Stentrode.

We can pick up different signals from a large number of locations.

Just like a typical stent, the Stentrode is designed to reside within a blood vessel (specifically, one that runs down the center of the brain).

There, the sensors covering the neural interface collect nearby brain signals, transmitting them down a wire to a device placed under the skin of a patient’s chest. From there, the signals are wirelessly transmitted to an external receiver, at which point they can be used to communicate with a computer or other machine.

To get the Stentrode into place, researchers make a small incision in a patient, place the neural interface in their jugular vein, and then slide it into position — no open-brain surgery required.

“We can decide how far forward or backwards (the Stentrode) goes depending on which areas of the brain it appears that the individual is better at controlling,” Synchron CTO Nicholas Opie told the Guardian. “We can pick up different signals from a large number of locations.”

In 2019, Synchron launched the first human trials to test the Stentrode’s ability to help people with severe paralysis use their thoughts to control digital devices.

That trial is ongoing, but the results so far have been promising, and the FDA recently granted the Stentrode a Breakthrough Device designation — a development that could speed up the device’s eventual approval, first in patients and then, perhaps, anybody.

Entrepreneurs
The 5-hour rule: How to turn a wasted day into a successful one
The 5-hour rule asks us to devote at least one hour a day to learning, experimenting, and reflecting. Here’s how to make it work for you.
Up Next 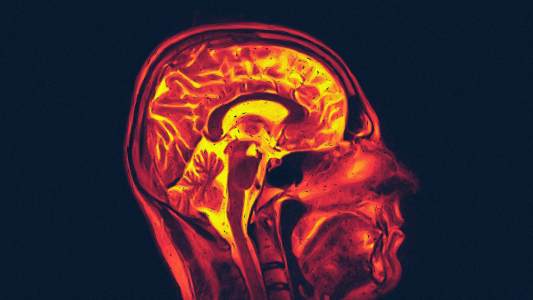 A new ALS treatment that appears to slow disease progression offers hope to those battling the incurable neurological disorder.