Dyret isn’t the first robot animal — robot designers have drawn inspiration from across the animal kingdom, creating everything from robot fish and dolphins to robot dogs and snakes.

However, this four-legged robot — whose name means “The Animal” in Norwegian — can do something none of those other bots could do: shape-shift.

Dyret can autonomously adjust the length of each of its legs individually, a skill that helps the quadruped robot walk on whatever type of terrain it encounters — and even keep moving if one leg breaks completely.

Training a Quadruped Robot to Walk

Because they walk on four legs, quadruped robots like Dyret are more stable than their two-legged counterparts. That advanced mobility makes them well-suited for navigating complex terrain, from disaster zones to Mars.

Training for such applications often starts with computer simulations. Researchers will design a virtual environment like the one the quadruped robot will eventually navigate, and let an AI learn how to move around in it through trial and error.

Once the AI is trained, they give it a robot body and start the process again, this time in a physical lab environment.

This transition rarely goes off without a hitch — it’s impossible to fully replicate the physics of the real world in a computer program, and the smallest discrepancies can cause issues.

If the quadruped robot manages to master the lab course, though, it then needs to learn how to think on its feet (pun intended) in environments that aren’t meticulously designed by researchers — and that’s another place where robots often stumble.

Dyret’s creators at the University of Oslo (UiO) and Australia’s Commonwealth Scientific and Industrial Research Organisation (CSIRO) took a different approach for their quadruped robot.

Instead of forcing their AI to learn how to walk with one robot body, they gave it the option of shifting its physical shape, extending or retracting each of its four legs to whatever length best suited the terrain.

“Using our technology, the robot is able to adapt to one of its legs becoming weaker or breaking,” researcher Tønnes Nygaard added. “It can learn how to recover, whether through limping or decreasing the length of the other three legs.”

They skipped the simulation stage altogether, letting the quadruped robot learn to navigate through trial and error in the real world.

At first, this training occurred in the lab — the robot animal walked across boxes filled with concrete, gravel, and sand to get used to the feel of different terrains. Later, it moved outside.

“The robot uses a camera to see how rough the terrain is, and it uses sensors in the legs to feel how hard the walking surface is,” Nygaard said.

“The robot continuously learns about the environment it’s walking on and, combined with the knowledge it gained indoors in the controlled environment, uses this to adapt its body.”

The Future of Walking Robots

“This was previously considered too hard to achieve in the real world,” Nygaard said. “Through the robot and our experiments, we’ve definitely shown that it’s possible.”

They’re now encouraging others to make their own shape-shifting robots — all of the data for Dyret is open-source, meaning anyone can use it to build and train their own robot animal.

“Bring on the unknown environments!” Nygaard said. “The robot is ready.” 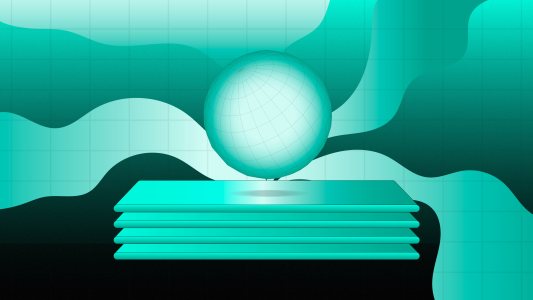 MIT trained an AI to generate photorealistic holograms in milliseconds using just the processing power of a smartphone.