A robot avatar that mimics the motions of a human controller could take the place of workers in several dangerous jobs, such as tree trimming and construction, by the end of 2022.

The challenge: If a tree branch gets too close to a power line, it can cause electrical outages or, even worse, dangerous fires (as Californians know all too well). To avoid this, utility companies have to regularly trim trees near their lines.

But it’s dangerous work, as workers are dozens of feet above the ground, using sharp power tools to trim trees while power lives are still active — this puts them at risk of falls, cuts, and electrocution, all at once.

By some estimates, tree trimming is one of the most dangerous jobs in the country.

It’s developed a system that turns the robot into an avatar for human workers. A VR headset lets them see what the bot sees, and a wearable called a SenSuit lets them dictate the robot’s actions — whatever motion the human makes, the robot replicates in real-time.

During a recent demonstration, Sarcos’ robot avatar was equipped with cutting equipment and lifted up in a crane. A human then used the robot to trim trees near active power lines — all while they remained safely on the ground.

Multipurpose bot: Tree trimming is just one potential application for the Guardian XT.

Sarcos has also demonstrated how the robot avatar could be used to inspect pipes high above the ground at a chemical plant and to help with construction activities at an oil and gas company.

“The robot goes and does the work for you in the dangerous or difficult environment, at height or in a confined space,” CEO Ben Wolff told the TechFirst podcast.

Looking ahead: Sarcos hopes feedback from these demonstrations will help it optimize the robot avatar in ways that allow future customers to “increase productivity while eliminating the need for … employees to operate in dangerous environments,” Wolff said.

The company expects to have the Guardian XT ready for market before the end of 2022, but it doesn’t plan to sell the robots — instead, it will lease the machines to customers.

This should make the robots far more affordable than if companies had to buy them outright, which could increase the number of businesses that can afford to give them a shot — and Sarcos is hopeful the avatars will really take off.

Robotics
Tiny robotic crab, controlled by lasers, can run, twist, and jump
A new robotic crab has a sophisticated structure for its size, but it can still be manufactured using a relatively simple process.

Robotics
Self-healing robot skin created out of human cells
University of Tokyo researchers have created a living skin, made from human cells and collagen, for a robotic finger. 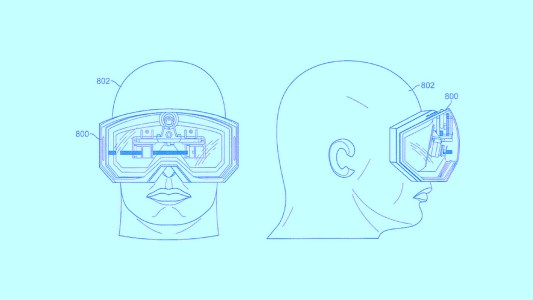 AR
Here’s what we just learned about Apple’s AR/VR headset
Subscribe to Freethink for more great stories
Subscription Center
Challenges
Video
Freethink
Subscribe
We focus on solutions: the smartest people, the biggest ideas, and the most ground breaking technology shaping our future.
Subscribe