The United States Postal Service (USPS) has announced plans for tens of thousands of electric delivery vehicles to be making the rounds — rain, sleet, or snow — by 2028.

It caps a tumultuous transition process for replacing the aging vehicle fleet that’s seen the USPS chastised by the EPA, implored by Biden administration officials, and sued by 16 states.

USPS has announced plans for tens of thousands of electric delivery vehicles to be making the rounds — rain, sleet, or snow — by 2028.

Their original plans called for purchasing as many as 165,000 new vehicles over the next decade, to the tune of $11.3 billion — with only 10% of those vehicles earmarked as being EVs. That would put a major damper on the Biden administration’s plans to transition government vehicles to electric, the Washington Post reported.

In their new announcement, USPS expects to acquire 66,000 battery-electric delivery vehicles as part of its broader plan of acquiring 106,000 new rides to modernize the government’s oldest, and largest, fleet.

As MIT Technology Review reported, transportation is the largest, ahem, driver of carbon emissions in the US, and the federal government owns the largest vehicle pool in the world, operating 650,000 vehicles — of which a hefty one third belong to USPS. To help reach its climate goals, the Biden administration has set its sights on this fleet, aiming for all new government vehicles procured after 2035 to be electric.

USPS is now planning for at least 45,000 of their 60,000 new “Next Gen Delivery Vehicles” (a specially designed truck just for USPS) to be battery electric, up from the minimum of 10,019 battery electric delivery vehicles announced in March by contractor Oshkosh Defense. (The rest of this design, presumably, will be the “fuel-efficient low-emission internal combustion engine vehicles” from the original order.)

USPS hopes to augment that order with 21,000 off-the-shelf electric vehicles, “depending on market availability and operational feasibility.”

As Technology Review noted, an electric delivery vehicle fleet would have benefits beyond slashing emissions. EVs are generally easier and cheaper to maintain, and a fleet that has a relatively small operating area and a regular home to recharge at is uniquely suited for EVs.

It’s the same conditions that make electric garbage trucks attractive — those are already operating in places you’d expect, like Palo Alto and Seattle, but are coming soon to cities like Des Moines and Mobile.

While a step forward, the USPS’s commitment to electric delivery vehicles is only for future purchases, so a fully electric fleet won’t be humming along for a while yet. 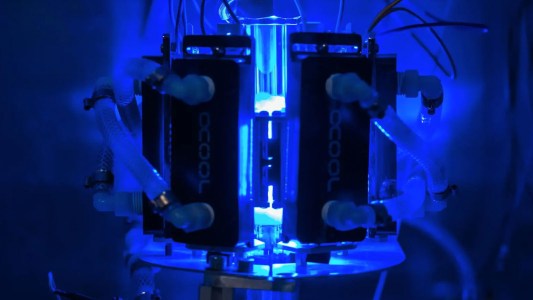