A year after its founder’s resignation, augmented reality startup Magic Leap says it’s raised another $500 million in funding and plans to release a new AR headset in 2022 — but will this device be able to live up to the company’s promises?

The rise: In 2015, you’d be hard-pressed to find a startup generating more hype than Magic Leap.

The company had just released several stunning “demo” videos of its AR headset — a massive virtual whale crashes through the floor of a basketball court in one, and another is shot from the perspective of an employee shooting digital robots in the Magic Leap office.

It had also raised more than $1.5 billion from investors including Google and Alibaba and was valued at $3.7 billion — all without ever releasing a product or giving a public demonstration.

The fall: But the demo videos weren’t demos at all — they were “concept” videos only revealed as such after former employees spilled the beans — and it wasn’t until 2018 that Magic Leap finally demonstrated its tech publicly.

“The first time I put on the real one, it was just like, ‘Oh shit. You guys did not deliver on your promise.'”

The AR headset came with a hefty price tag ($2,295) and was only available to tech developers. It was also a total failure, with just 6,000 units sold in the first six months after launch — Magic Leap’s founder, Rony Abovitz, had set a goal of selling a million the first year.

“Everyone was so bought in, they’d drunk the Kool-Aid together. Nobody stopped to say, ‘This product sucks,’” an early Magic Leap investor told Fortune. “The first time I put on the real one, it was just like, ‘Oh shit. You guys did not deliver on your promise.’”

The rebirth? Now, Magic Leap is back with a new leader (former Microsoft executive Peggy Johnson), a new AR headset (Magic Leap 2), and half a billion dollars in new funding (putting its current valuation around $2 billion).

Since taking the helm at Magic Leap, Johnson has focused on developing its tech for business uses, and she says the company has made the Magic Leap 2 available to early access partners in healthcare, defense, manufacturing, and other industries.

The AR headset will be generally available in 2022, according to Johnson, and if that’s the case, we won’t have to wait long to find out whether we’re witnessing the rebirth of Magic Leap or its last gasp. 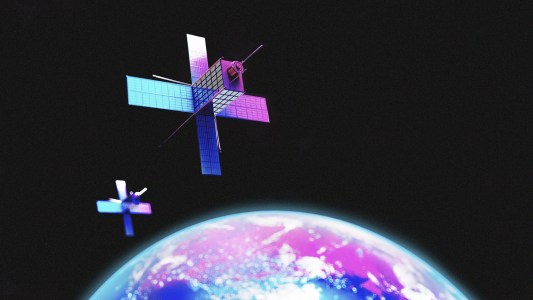