No person is one thing. The kindest person you know has a tiny recess of cruelty in them. The happiest person you have ever met will have their depressive moments. The gentlest person you can think of can be filled with rage by one particular thing. There is no purity of any kind; life is a messy cocktail of things.

This is the truth behind one of the most famous symbols (and tattoos) in the world: the Yin and Yang.

For such a well known idea, the Yin and Yang only appears in one line of the central Daoist book, Daodejing. And yet, it is essential to Daoism and is, in many ways, interchangeable with the Dao itself.

Lao Tzu is the semi-mythical founder of Daoism (or Taoism — the sound is halfway between a T and a D to the non-Chinese ear). His name means “Old Master,” and it is unclear if he was a single historical person or a title given to a collection of sages and their works. But what matters is Lao Tzu’s influence, not least for the 20 million Daoists worldwide.

The Dao translates as “The Way” and is often compared to the flow of a river. Like a river, the Dao moves and directs all things, and we are like boats floating along its path. To be happy is to let the Dao carry us on. To row against the current is hard, and Daoism is the simple call to “go with the flow” of the universe.

Daoism is to find the harmony in life. This is to let the self mold to the world, like the way water fills a cup. It is to adapt, compromise, and take life as it comes, not as you want to force it. If your life is a forest, the Dao is the wide, paved, and easy path. This is not to say that there are not other paths (such as the “human way”), but why struggle through thorns and thickets when life could be happy and easy? Daodejing is a dense wonder of proverbs, advice, wisdom, and fables to guide the Daoist in finding this path.

Yin-Yang, then, is a guide to that path. It is a hint and a signpost about what the Dao looks like. In short, Yin-Yang is the idea that there is a duality to everything. But rather than this being some kind of oppositional or destructive conflict between two rivals, the Yin-Yang argues that there is a great harmony to be found in the contrast between things. The symbol does not feature a fully black side set against a fully white side. The white has a bit of black, and the black a bit of white. Contrast, yet harmony.

But neither Yin nor Yang are superior in any way. They are both utterly amoral, in that neither is “right” or “wrong.” While the Yin is associated with the negative, this does not come attached with a value judgement but is better thought of as the negative terminal of a battery, perhaps. Right living comes not from being either one thing or another but in finding that balance — the Dao not only to our life but to all existence. It is the feeling that we have found our right path.

And to do this, both Yin and Yang are essential. The symbol expresses the idea that balance and harmony are necessary for all things. In the martial arts, for instance, it is important that we be hard, strong, and fit (Yang), but these are nothing without being calm, focused, and adaptable (Yin). In a relationship, we can party and laugh (Yang), but we must also cry and share secrets (Yin).

The tightrope of life

Sometimes, things just feel wrong. It might be a relationship, a career, or even a new book or TV show. It is as if everything is a slog, where you have to put in an inordinate amount of effort just to keep moving. It can feel almost as if obstacles constantly pop up to block you.

It is precisely this feeling that Daoism takes on. This kind of struggle is a sure sign that you have fallen from The Way. Life ought not feel like this. It means something is wrong.

Daoism generally, and the Yin-Yang specifically, is about harmony and balance. Things go wrong when we tip the scales too far one way. Daoists are neither ascetics nor bibulous gluttons, as both involve straying from the middle way. The wisdom of the Yin-Yang is to see how a world without light would be hellish but so too would one of constant day. The symbol has proved so powerful because it is a constant reminder to us that life is all about finding that harmony out of opposition. When things feel wrong, we likely need to find our balance or center again. 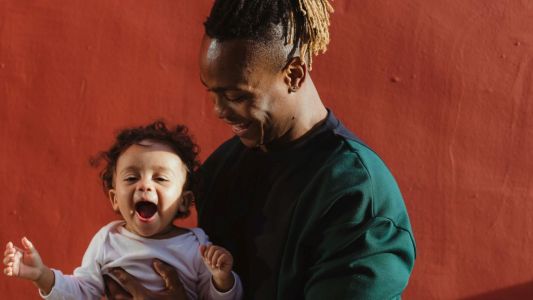