Mitchell is a popular figure in this corner of Brooklyn known for his straightforward, can-do attitude when it comes to building a better, more peaceful community. He first sprang into community organizing in 2004 after the death of an 8-year-old named Daesean Hill. The young boy was killed by a stray bullet and Mitchell felt compelled to do something to address the violence he saw spreading in his neighborhood.

This drive to give back to his neighbors stems from his sense of obligation to make amends for his past life. Mitchell, 52, is no stranger to the issues that these young people face. One of eight children brought up by a single mother, Mitchell was born and raised in public housing in the Brownsville neighborhood of Brooklyn. “Growing up on public assistance, there was lots of stuff we couldn’t afford,” he says. Mitchell’s mother struggled with an addiction to heroin. But despite the challenges, Mitchell says his mother did a good job in raising her children, “She instilled good values in us. She taught us the fundamentals.”

He excelled in school and was an honor student in high school. “But I suffered from peer pressure,” he says, “I was ridiculed for being a nerd.” Mitchell began abusing drugs and sex. “I went from the front of the class to the back of the class,” he recalls. When Mitchell became a teen father, he tried to get a stable job to support his family. But he soon discovered that it was impossible to support a child on minimum wage. From there, he says, it was a slippery slope. He began selling drugs and stealing. This lifestyle eventually led to an arrest at the age of 18 for homicide – a crime Mitchell insists he did not commit.

“I experienced the injustice of the justice system,” Mitchell says. He was eventually found guilty of the lesser charge of manslaughter and sentenced to a term of fifteen years in prison – a sentence that came with a five-year minimum. During that time, Mitchell says he was a model prisoner, eventually getting his GED and a college education while in prison. Older prisoners, recognizing his ability and potential, mentored him. “They showed me how to do time instead of time doing me,” he says. Mitchell paid it forward, saying his life of service began in prison. While behind bars, he began mentoring prisoners that were about to be released. He wanted them to have the best chance of being a respectable, contributing member of the community. He wanted that for himself, too.

Then 8-year-old Daesean was shot and Mitchell knew he had to get his entire community involved in this new way of thinking.

“I felt that personally,” Mitchell says, “like he was my little brother.” He wanted to help families feel safe and reclaim their communities from violence. His efforts eventually led him to form Man Up! Inc., a grass-roots, not-for-profit organization whose mission is to serve urban neighborhoods by addressing what he says are the root causes of violence within the community – racism and poverty. To do that, they focus on ways to approach violence like a public health problem

This public health, data-driven approach to addressing community violence was first developed by an organization called Cure Violence founded by a Chicago epidemiologist named Gary Sulkin. After battling infections diseases for years, Slutkin realized that the way violence spreads through a community mirrors many of the ways contagious diseases spread. So why not borrow some of the same intervention strategies from the public health world and apply them to violence prevention? Programs like Man Up! Inc and other programs built on the Cure Violence model have three main approaches: (1) interrupt the transmission by preventing potentially violent situations from occurring (2) identify and treat those at high risk of participating in violence (3) mobilize the community to change the cultural norms.

“You can’t arrest your way out of it,” Mitchell says. As founder and executive director, Mitchell oversees a team of outreach coordinators known as violence interrupters, whose job it is to work with the community’s most at-risk population. These interrupters form relationships with young people in the community through after-school and summer programs, occupational training programs, athletic events, and anti-gun violence and advocacy programs.

“These are people who have been there, done that. They are credible messengers,” Mitchell says of his team of interrupters. They mirror the population they serve. Some have served prison time. Some have been victims of crime. “They are us,” he says. “We embrace that population.”

According to Mitchell, many of the young people at risk of violence are not able to see beyond the present moment in which they live. “We do a lot of interrupting to show them that their lives have value,” Mitchell says. “We recognize them. We validate them.” As violence interrupters, Mitchell and his team intervene in young people’s lives by mediating hundreds of potentially violent situations and mentoring participants on ways to resolve problems that don’t include violence.

Cure Violence programs in New York City have been credited with the reduction of violence in their respective neighborhoods. John Jay College of Criminal Justice Research and Evaluation Center conducted an independent study of Man Up! and Save Our Streets, another Cure Violence program located in South Bronx. The study found that “when compared to similar areas of New York City, gun violence rates declined significantly in two neighborhoods operating programs inspired by the Cure Violence model.” In East New York, Brooklyn, gun injuries fell 50 percent following the implementation of Man Up! These positive results aren’t isolated to the US, either. From North America to Latin America, the Middle East and across Europe, communities are seeing a decrease in violent incidents by engaging those most at-risk of committing violent acts.

“I’m part of the community,” reflects Mitchell, “I’m an entrepreneur, a businessman and a FIP – a Formerly Incarcerated Person. I want to prove that I can still be part of the solution and make a difference. I want to make my mom proud.”

Psychology
How a healthy sex life can help minimize depression and anxiety symptoms
When you struggle with anxiety or depression, sex may be the last thing on your mind. But it can be a tool for well-being.

Leadership
Babble hypothesis shows key factor to becoming a leader
Researchers show that intelligence is not the most important factor in leadership, simply talking the most is. 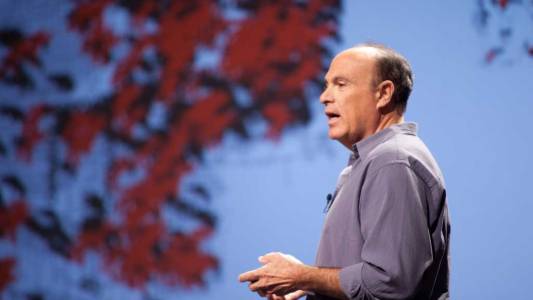 Epidemiologist Dr. Gary Slutkin of Cure Violence says we need to treat violence as a disease and a public health…

Activism
Should violence be treated as a disease?
Subscribe to Freethink for more great stories
Subscription Center
Challenges
Video
Freethink
Subscribe
We focus on solutions: the smartest people, the biggest ideas, and the most ground breaking technology shaping our future.
Subscribe