It’s a strategy that may seem counterintuitive: the US has taken to declassifying secret intelligence it has gathered on the Russo-Ukrainian War and releasing it for the world to see.

The move is intended to deter some of Putin’s plans, as well as inform the world about what’s happening on the ground.

Experts think the technique may represent a new front in the information war, and a new shift in intelligence policy.

Despite how poorly Russia’s conventional military has fared so far — hamstrung by supply chain and command issues, misinformation from underlings, and fierce Ukrainian resistance — it is Russia’s failures in the information war that may be the Kremlin’s most surprising fumble.

Russia has “had the advantage over the last several years on framing the narrative and really a hybrid form of strategic competition that they have really achieved,” Douglas London, a former CIA special operations officer, told NPR.

Releasing formerly classified intelligence is intended to have a multipronged effect, officials told ABC News. It lets Putin know that the world’s eyes are on him, and it could possibly lead him to question his own intelligence — for instance, his subordinates may not have told him that Russian conscripts were in combat in Ukraine.

It could also embolden the Russian military to tell him the truth about the war; and it could reveal to the Russian people that they have been lied to.

“Downgrade and share”: The “pace and scale” of this release of secret intelligence is unprecedented, said UK signal intelligence chief Sir Jeremy Fleming in a speech.

In the US, the new approach — dubbed “downgrade and share” — stems from the fall of 2021, ABC reports, when the massive Russian buildup on the Ukrainian border began to raise serious concerns in the intelligence community that Putin was preparing an all-out war.

(“Downgrade” here refers to reducing how classified a piece of intelligence is, the Wall Street Journal explains.)

Although calling Putin out early and often did not prevent the invasion of Ukraine, US intelligence officials told the WSJ that downgrade and share has seemed effective in heading off some of Putin’s plans, like staging a “Ukrainian” attack on Russia — a false flag operation — as a pretext for the invasion.

The move is intended to deter some of Putin’s plans, as well as inform the world about what’s happening on the ground.

Fleming pointed out that plans to potentially frame Ukraine for use of chemical weapons were shared with the world in advance as well.

“On this and many other subjects, deeply secret intelligence is being released to make sure the truth is heard,” Fleming said.

The risks: Intelligence officials have some reservations about sharing sensitive information, and the risks are “significant,” London said.

There is a chance that downgrade and share does little besides exposing your surveillance sources — tipping your hand for nothing.

After all, shouting from the rooftops that an invasion was imminent didn’t even convince all of the US’s allies. Germany’s foreign intelligence chief was in Kyiv when Russia invaded, and French intelligence predicted no war was coming and was caught completely off guard. (French military intelligence head Eric Vidaud has since stepped down.)

And while US predictions of an imminent invasion were tragically proven true, sharing intelligence to deter or preempt Russian moves runs the risk of intelligence agencies “crying wolf.”

The point of shouting may be to prevent the wolf from showing up at all, but it’s hard to tell the difference between successful deterrence and just plain bad predictions.

“The best antidote to that suspicion is that we have been proven right,” a senior US official told the WSJ.

Most acute is the danger that intelligence sharing could risk revealing just how that intelligence was gathered. While commercial satellite imagery, data sources like Google Maps, and social media have made open source intelligence more robust than ever, there are still phone taps, hacked computers, and old fashioned spies out there that could be exposed.

Spies are owed protection, and can provide valuable insights no other form of intelligence gathering can.

“Imagine someone who’s in Putin’s inner circle or the general command of the Russian army,” London said. “We can see things through satellites. We can hear things through intercepts. But having agents is the most dear context to really informing what is Putin going to do.”

“I really think this is a harbinger,” Glenn Gerstell, former general counsel at the National Security Agency, told the WSJ. “Future conflicts are going to be shaped, instigated and deterred by releases of information beforehand.” 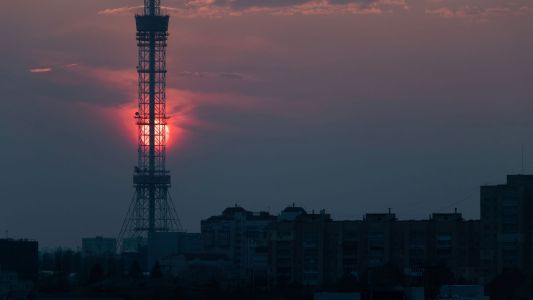 Russian hackers stepped up their efforts against Ukraine in the run-up to the 2022 invasion, but with notably different results.

Hacking
How Ukraine has defended itself against cyberattacks – lessons for the US
Subscribe to Freethink for more great stories
Subscription Center
Sections
Video
Freethink
Subscribe
We focus on solutions: the smartest people, the biggest ideas, and the most ground breaking technology shaping our future.
Subscribe