In a world suffused with mobile technology, we’re often warned that our impulse to distract ourselves at every moment — rather than simply sitting with  boredom — is dangerous. In this line of criticism, boredom is positioned as a state that we’ve lost touch with in our always-online modern lives.

What benefits can boredom bring us? In the latest episode of the Build for Tomorrow podcast, Jason Feifer dives into boredom’s complicated history to find some answers.

The origin of boredom

While the concept of boredom is relatively new — at least in name — the experience of boredom extends far deeper into human history. According to Susan Matt, a History professor at Weber State University and one of the authors of Bored, Lonely, Angry, Stupid, the roots stretch back to Ancient Greece.

“So the ancient Greeks had a word ‘acedia,’ which meant listlessness, and early Christians applied it to monks, who went out into the desert, lived alone, and got struck with a melancholy that made them falter in their devotion to God,” Matt says.

This created a problematic situation for the monks — how could you get bored while doing something so ostensibly important as serving God?

“It became a sign of your lack of devotion to God and to your monastic vows,” Matt says.

This is how, according to Matt, boredom became a sin. It evolved over the centuries, migrating beyond the monastery by the 12th century.

“The ancient Greeks had a word ‘acedia’…early Christians applied it to monks, who went out into the desert…and got struck with a melancholy that made them falter in their devotion to God.”

“Now the average person could suffer from it as well if they weren’t super into doing their prayers,” Feifer says. “Around the same time, the French developed a similar word, ennui, which was not specific to religion. It just meant ‘a draining listlessness.’”

By the 18th century, ennui had been adopted into the English language. And in the burgeoning United States, ennui was regarded as a scourge.

Importantly, ennui, like acedia, was still predominantly a concern among the elite.

“Just like acedia in early Christianity was thought to only afflict monks, ennui in early America was thought to only afflict the wealthy,” Feifer says. “The working people, it was believed, had plenty to keep them busy, so ennui was what people felt when they had too much leisure and not enough to do. It was a very real boredom, but also a kind of guilt or shame for all their excess time, which made ennui a complex experience.”

Luke Fernandez, also a professor at Weber State University and the other author of Bored, Lonely, Angry, Stupid, explained that working people certainly experienced what we might call boredom, but they were more likely to use words like wearisome or dull. And they didn’t ascribe a moral function to it — it was just a product of their work.

“When you’re out there on your farm or on your homestead and trying to plow the land or harvest a crop, there’s a lot of tedium and monotony involved in that activity, but you don’t attach much import to that because you see so much virtue in the actual work you’re doing,” Fernandez says. “And so, people from the middle classes, the yeoman farmers, the people out in the homesteads, they felt tedium, they felt monotony, but they didn’t worry about it the way upper classes did.”

Rather than fighting the boredom or trying to atone for it, many working people simply accepted it as a reality of life — using the time to daydream or read. That is, until the Industrial Revolution.

Boredom changed because our relationship with work changed

In the 19th and 20th centuries, the concept of work changed dramatically because of industrialization. And with this change came a change in the nature of what boredom was, who experienced it, and how.

“When industrialization increased in America in the late 19th and early 20th centuries, it changed the way people thought about work. Beforehand, many Americans worked for themselves,” Feifer says. “Now, more people were working for others doing a single task in a factory over and over. And they found very little virtue in that.”

“If the overriding sentiment about work is that it generates boredom…that creates a problem for employers.”

It is under this backdrop that the word “boredom” finally takes center stage.

“In the 18th century, the word ‘bore’ described a very dull person,” Feifer says. “And then in the mid-19th century, that evolved into the word ‘boredom,’ which was a state of mind. This became a useful word because of course, the word ennui was still associated with the wealthy, but anyone, no matter their job or status, could be bored.”

But if the overriding sentiment about work is that it generates boredom — rather than some intrinsic value — that creates a problem for employers. What value system can be used to keep enough people in the jobs for the enterprise to continue?

“When work sucks, then your off-the-clock time must compensate for it,” Feifer says. “Very quickly, the entertainment industry also stepped in to fill this void and this, workers were told, is your reward for a hard day’s work. You will be bored earning money so that you can spend that money in non-boring ways. And workers took the deal. I mean, not like they had much choice, but they did like all of this new leisure.”

This shift in work brought about a deeper shift in how we view our lives in general.

“This was a revolution in how many conceived of life’s meaning, it altered their expectations for what they were entitled to, rather than sadness and passive acceptance of routine drudgery. Many came to believe that pleasure, happiness, excitement and novelty were their birthright,” the authors write in Bored, Lonely, Angry, Stupid.

The need for distraction

Not surprisingly, this is also when we begin to see the seeds of our current concern about the role of sensory distraction and overstimulation in public discourse.

“In the 1920s and early ’30s, there [was] a real discourse among psychologists, sociologists and other commentators who are wondering: is it good for humans to be exposed to movie theaters, to concerts, to radio’s blaring?” Matt says. “Is this too much sensory stimulation? Is it going to lead to sensory overload, is it going to lead to nervous people who demand ever more excitement in their lives?”

As time went on, these questions transformed into professional concerns and major topics of debate.

“That’s when doctors and intellectuals start saying, ‘Wait a minute, I don’t know if all this entertainment is very good for you people,’” Feifer says. “By the 1950s and ’60s, the narrative had shifted even further, the idea of boredom and the entertainment that helps people escape from boredom melded into one singular thing. The entertainment industry itself was now seen as the cause of boredom, or at least the trap that kept people from truly accessing their minds.”

A state without stimulation

Feifer explains that this initiated something that would become a cycle of anxiety about the impacts of new devices, be it radios, televisions — or now smartphones. Fernandez believes that this cycle is actually a way for people to come to consensus about what we believe are healthy relationships to — and behaviors with — new technologies.

“It’s precisely because we worry about these things that we make the appropriate adjustments,” Fernandez says. “Through the process of worrying about those things, we’ve learned how to use those devices more politely or less intrusively than we did when we first started using them … Innovation isn’t just about creating products and creating new technologies, it’s also about learning how to use technologies wisely, and so that the process of worrying, being anxious, at least in the most charitable sense, is another form of innovating.”

“Boredom isn’t a desired state of being, but rather an indication that the mind is craving to be engaged.”

According to John Eastwood, a Psychology professor at York University who also runs the Boredom Lab, it’s important to differentiate boredom and being in a state without stimulation.

“Oftentimes people mistakenly assume that boredom just arises when there’s nothing to do around us, and that’s a bit of a misnomer,” Eastwood says. “[At the Boredom Lab] We would define boredom as this uncomfortable feeling of wanting but being unable to be engaged in satisfying activity.

In this framing, boredom isn’t a desired state of being, but rather an indication that the mind is craving to be engaged.

“I don’t think we should equate a weekend without the internet as being necessarily boring. What we should do is recognize that we maybe have to grow our capacity to become mentally engaged when the external stimulation falls away,” Eastwood says. “So this is an important skill that we need to foster, we need to develop.

Feifer explains that while filling your time with content on your smartphone might not be the ideal way to engage your mind, that doesn’t mean that the impulse to elude boredom is wrong.

“I think that hammering this message that small moments of downtime are where we reveal the weaknesses of our minds is really counterproductive,” Feifer says. “Because there are times when we are bored. We just are — and we don’t like being bored. Not now, not 100 years ago, not 1,000 years ago.”

Like Eastwood, Feifer believes that we can regard boredom as an undesirable state without condemning the ways we try to avoid it.

“When critics today talk about the importance of boredom, it’s almost as if they’re scolding us for not taking every opportunity for quiet contemplation, where the only difference between enjoying quiet moments and not enjoying them is that we have been ruined by a cellphone,” Feifer says.

In other words, it doesn’t make much sense to encourage people to pursue boring situations. Rather, Eastwood explains, boredom can be an indicator we use to help us increase our agency in the world.

“Agency refers to our capacity to think about the future, to develop plans, to monitor ourselves and regulate ourselves as we engage in a plan,” Eastwood says. “And so boredom throws down the gauntlet that tells us you’re not being agentic in this moment, and it invites us to address that problem and to regain our sense of agency in the world.” 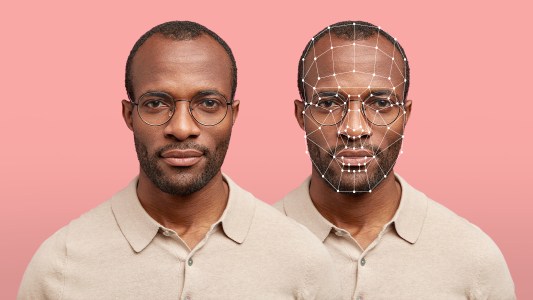 A financial consulting firm has created AI avatars of its staff that can be used to quickly create deepfakes for presentations and more.