UC Berkeley researchers have developed a cheap, energy-efficient carbon capture technology that could one day be attached to everything from factory smokestacks to car exhausts — keeping greenhouse gasses out of the atmosphere.

Carbon capture: While reducing sources of greenhouse emissions is key to fighting climate change, it’s going to take a while to transition completely away from electricity generated by fossil fuels — and cars powered by gas and diesel.

Carbon capture technology can help minimize damage to the environment during the transition by trapping CO2 emissions at their source. (This is different from direct air capture technologies, which remove CO2 that’s already in the atmosphere.)

We can then store the carbon underground or use it to create concrete, jet fuel, and more.

The challenge: Carbon capture technology isn’t new — various power and processing plants have been utilizing it since the 1970s — but there are fewer than 30 projects in operation today.

“A number of factors can explain the slow uptake of [carbon capture, utilization, and storage technologies], but high cost is one of the most frequently heard,” analysts Adam Baylin-Stern and Niels Berghout wrote in a 2021 commentary for the International Energy Agency (IEA).

“We wanted to think about a carbon capture material that was derived from sources that were really cheap and easy to get.”

A lower-cost carbon capture technology could accelerate its adoption, so the Berkeley researchers set out to make one with the help of scientists at Stanford University and Texas A&M University.

“We wanted to think about a carbon capture material that was derived from sources that were really cheap and easy to get, and so we decided to start with melamine,” said corresponding author Jeffrey Reimer.

How it works: Melamine is a solid organic compound. It costs about $40 per ton in powdered form and is commonly used to make formica, industrial coatings, and cheap tableware.

For their study, the Berkeley team developed a process for combining melamine with formaldehyde, diethylenetriamine (a chemical used in asphalt), ​​and cyanuric acid (a chemical used to keep pools clean).

The resulting material contains pores that could trap nearly all the CO2 in a simulated flue gas mixture within a few minutes. Heating the material to a relatively low temperature (80 C, or 176 F) releases the CO2, and the material can then be reused.

The best carbon capture technology today requires that the material that traps the CO2 be heated to 120-150 C (250-300 F) to release it, according to the researchers, so the lower temperature required by the melamine material makes it much more energy efficient.

Looking ahead: The researchers are now working to further improve their material’s ability to capture carbon without affecting its energy efficiency.

“This work creates a general industrialization method towards sustainable CO2 capture using porous networks,” said first author Haiyan Mao. “We hope we can design a future attachment for capturing car exhaust gas, or maybe an attachment to a building or even a coating on the surface of furniture.” 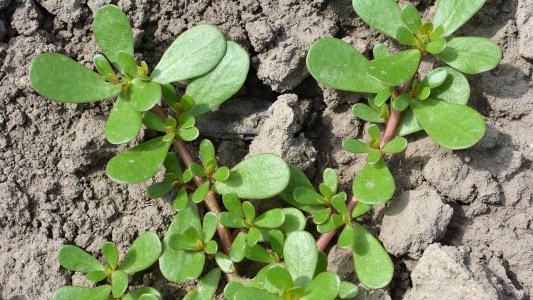 A Yale study focused on how photosynthesis works in the common weed purslane puts us closer to engineering crops resistant to climate change.