There is no denying that the heat was intense this summer — with July being the hottest month on record. But while finding shade in the city may mean locating a tree or tall building, the Great Barrier Reef has no such option. Situated off the coast of Australia, the only chance for relief from the sun is the brief passing of a cloud.

In a last-ditch effort to save the coral reefs, which are being decimated by the rising heat, scientists are trying to create shade-giving clouds. They used a giant “cloud brightening” machine that theoretically thickens and brightens clouds enough to reflect heat away from the surface. If it works, this could sufficiently cool the reef to protect it from bleaching caused by damaging heatwaves and rising global temperatures.

If it works, this could sufficiently cool the reef to protect it from bleaching caused by damaging heatwaves and rising global temperatures.

What they did: Off the north-eastern coast of Queensland, Australia, a team of researchers trialed the first-ever marine cloud brightening machine. They dropped an anchor off the back of a ferry boat converted into a research vessel and then sprayed gallons upon gallons of seawater mist into the air, reports Happy Mag. Then they used a second boat, sensors, and a drone to monitor the mist and determine that they had successfully created artificial clouds with the saltwater mist.

The Sydney Institute of Marine Science and Southern Cross University team, led by Daniel Harrison, hopes this could protect the reefs from the warming effect of sunlight.

“Cloud brightening could potentially protect the entire Great Barrier Reef from coral bleaching in a relatively cost-effective way, buying precious time for longer-term climate change mitigation to lower the stress on this irreplaceable ecosystem,” Harrison said in a statement, adding that the technology could be deployed as needed to protect the corals during heatwaves.

Why this matters: The Great Barrier Reef has suffered three mass bleaching events in the past five years. Two-thirds of the reef, which covers over 1,400 miles, was damaged in 2016 and 2017. Then, in 2020, the Great Barrier Reef Marine Park Authority said its recent aerial surveys indicated the bleaching caused more damage than previous events, the BBC reported.

Stephen Salter, Emeritus Professor of Engineering Design at the University of Edinburgh, advocates marine cloud brightening to stem summer heatwaves and keep the Arctic sea ice from melting away. And the Marine Cloud Brightening (MCB) Project is studying if spraying more cloud condensation nuclei, or salt crystals, into low-lying clouds would thicken the clouds enough to cool the Earth, combating global warming directly.

Could cloud-brightening save the planet? Increasingly, many scientists who support reducing emissions to slow climate change are also arguing that we need to actively intervene in the climate. Innovations pop up every day, from carbon drawdown techniques like genetically modified trees and seaweed farms, to actively cooling the planet with techniques like beaming heat into space with radiative cooling and reflective glass powder. With the array of wild ideas, cloud brightening fits right in. 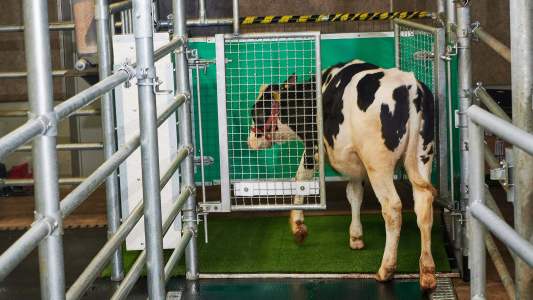