A new project focused on understanding how tornadoes form could dramatically improve experts’ ability to predict twisters — and thereby minimize the damage they cause.

Many severe weather events provide plenty of warning before they hit — a tropical rainstorm, for example, needs at least two days to ramp up into a hurricane, giving people in its predicted path at least some time to evacuate the area.

The average warning time for a tornado is currently only 13 minutes.

Weather experts can issue tornado watches hours in advance of tornadoes, letting people in a region know the conditions exist for one to form. But tornado watches only occasionally result in tornados; the average warning time for a tornado (meaning a twister is actually forming) is just 13 minutes — and often, it’s much shorter.

On March 2, a twister touched down in Camden, Tennessee, just five minutes after the National Weather Service in Memphis issued a tornado warning. The following day, one formed within three minutes of the NWS issuing a warning.

Experts have trouble accurately predicting tornadoes any sooner because we don’t really understand how tornadoes form.

Typically, they spring up from within a supercell storm, an uncommon type of thunderstorm characterized by a rotating mass of air called a “mesocyclone.”

However, only 20% of supercells result in tornado formation — and scientists aren’t sure what sets those particular storms apart from the rest, although they suspect something is going on within the storms that we just can’t see.

To address this knowledge gap, the University of Nebraska-Lincoln is spearheading the TORUS Project (Targeted Observation by Radars and Unmanned Aerial Systems).

Armed with $3.9 million in funding from the National Science Foundation and the National Oceanic and Atmospheric Administration, the 50 scientists and students involved in the TORUS project aim to improve our understanding of how tornadoes form during a supercell storm.

To do that, they’re using a bevy of technology — including four drones, eight trucks mounted with meteorological instrumentation, a fleet of sensor-equipped weather balloons, and a manned aircraft — to gather data during the 2019 and 2020 storm seasons in the United States’ Great Plains region.

“We’re not just putting a couple of instruments in the path of the storm and hoping we get good data,” he continued. “We are doing a very deliberate and coordinated effort to get observations at the same time in different parts of the storm.”

The hope is that these sophisticated instruments will pick up on nearly undetectable structures within a supercell storm believed to play a role in how tornadoes form. If they do, scientists can then use the information to build better conceptual models of supercells.

Those models could improve experts’ abilities to predict tornado formation, which in turn could lead to extended warning times for tornadoes, Eric Frew, a principle investigator in the TORUS project, told CU Engineering Magazine.

It’s possible that some of the 24 people who died as a result of the tornadoes that recently ripped through Tennessee might still be alive had they had more time to prepare — and thanks to the efforts of the TORUS team and all their tech, that might be the case by the time the 2021 tornado season kicks off. 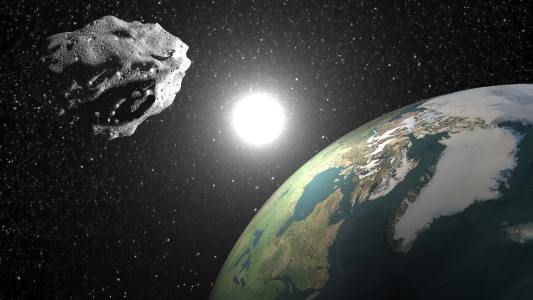 MIT has developed a simulation to determine the most appropriate way to stop an asteroid impact if one of the space rocks is headed toward the Earth.