Food tech startup Perfect Day has released a report claiming that its process for producing milk proteins in the lab is much more environmentally friendly than getting them the old fashioned way, from cows.

“This shows that fermentation can unlock a more efficient way to make food that humans have a huge demand for,” CEO Ryan Pandya told Axios.

Livestock account for 14.5% of all greenhouse gas emissions in the U.S.

The challenge: Dairy is high in protein, which is an essential part of the human diet. But livestock account for 14.5% of all greenhouse gas emissions in the U.S., and cows are the worst offenders, producing about two-thirds of those emissions.

There are high-protein dairy alternatives, often made from plants, but those typically taste at least slightly different, and some people just don’t want to give up the real stuff.

The resulting proteins are molecularly identical to those found in milk, and by mixing them with fat, water, and other ingredients, the company can create milk, ice cream, and other products that taste more like the real stuff, without the reliance on livestock.

What’s new: Perfect Day has now commissioned a report that compares its process for producing the milk proteins to the impact of producing the same amount of the proteins from cows.

It found that the process produces 91% to 97% fewer greenhouse gas emissions, requires up to 60% less energy, and consumes up to 99% less blue water (the kind found in surface and groundwater reservoirs) than the farming alternative.

The report was created by a team of independent researchers, but it was paid for by the company and wasn’t subjected to the traditional peer-review process. However, Pandya says it was verified by three outside experts.

The bigger picture: Only comparing protein production is a major limitation of the report, the researchers acknowledge.

Proteins only account for about 3% of what’s in cow’s milk — there are also nutrients, plus the fat and water Perfect Day would need to add to its milk proteins later in the process anyways to make milk and most other dairy foods.

It might be more useful to know how the environmental impact of a product made with Perfect Day’s proteins (such as milk or cheese) compares to the traditional kind.

Still, the report does confirm that there’s a more environmentally friendly way to produce the proteins people need — and to make tasty ice cream.

With that question resolved, tackling the other ingredients is next up — followed by the ultimate question of making the whole process cost-effective. 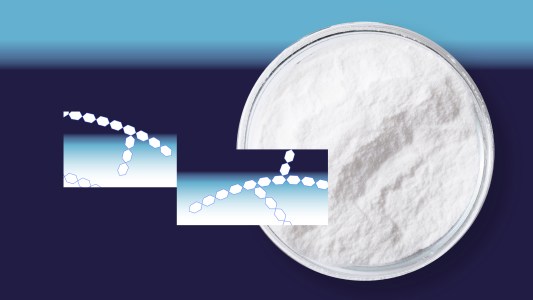 A process for making synthetic starch from CO2 eliminates the need for growing resource-intensive starchy plants.