The world is a problematic place for ice cream-loving environmentalists.

As of 2015, the dairy industry produced emissions equivalent to 1.8 billion tons of carbon dioxide annually — that’s almost as much as the shipping and aviation industries combined.

So, the environmentally responsible thing would be to cut down on dairy consumption — but ice cream made from cow’s milk alternatives, such as almond or coconut milk, just doesn’t taste the same.

Now, there may be a way for those folks (and everyone else) to have their dairy ice cream and enjoy it guilt-free, too: lab-grown vegan milk.

In 2014, vegan bioengineers Ryan Pandya and Perumal Gandhi were both struggling to find tasty milk alternatives, and they knew it was the lack of milk protein holding available products back.

“You can take coconut oil and non-lactose sugars and make a frozen dessert,” Pandya told Fast Company in 2019. “But if you don’t have milk protein, you’re not really able to hold these things together and have a creamy milk profile and flavor release that’s typical of dairy.”

The pair wondered if they could make that same milk protein without cows, so they teamed up with Isha Datar, executive director of New Harvest, a cellular agriculture research institute, and launched a startup now called Perfect Day.

Together, they developed a process that uses genetically engineered yeast to produce the two main proteins found in cow’s milk: casein and whey.

Those proteins can then be separated from the yeast and dried into a powder that’s molecularly identical to whey protein from cows. The powder can be mixed with fat, water, and other ingredients to make lab-grown vegan milk, cheese, or other products.

Aside from being vegan, Perfect Day’s powder is lactose-free, hormone-free, and antibiotic-free. It also requires less land, water, and energy to produce than whey protein from cows, and the company predicts it would also cost 40% less if produced at scale.

The Urgent Company’s focus is on developing and marketing sustainable food products, and its first brand is Brave Robot, a line of eight ice cream flavors made from lab-grown vegan milk containing Perfect Day’s whey protein.

Initially, the ice cream was only available at retailers in California, but the Urgent Company has announced that Brave Robot will be available at 5,000 locations across the U.S. by April 22. Each pint will cost about $6.

“Accessibility was a key component of our plan for this ice cream — we want to democratize new dairy,” Kollesoff said.

“Not only are we championing consumer activism with this science-forward, better-for-the-planet product,” he continued, “but we’re making sure it’s at a price point that that’s accessible for all.” 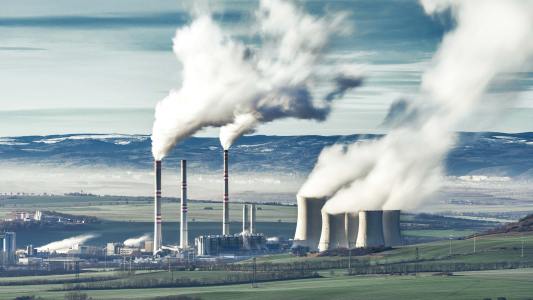