Hannah Beal had been wanting to move to the Rocky Mountains for years. Denver was too crowded for her liking, and access to hiking trails and skiing was becoming a long, congested drive.

So when she landed a job as a secretary at Carbondale Middle School, 150 miles west of the city, she, her husband, and her nine-year-old son packed their bags and hit the road. They never planned to move into a living laboratory that proponents are calling “the future of energy.”

Beal planned to temporarily live with friends while looking for a house with a backyard in a decent neighborhood. But with Carbondale situated directly in between the two resort towns of Glenwood Springs and Aspen, finding a home was looking grim.

“We had decided to come up here, not really realizing how crazy the housing situation was. I knew it was expensive up here, but I didn’t realize how inflated it was until we really started looking,” Beal says.

Beal’s plight is a familiar one: workers searching for homes near their ski-town jobs have difficulty finding them. Sky-high real estate prices make it nearly impossible for educators, city workers, and other local employees to out-bid out-of-towners looking for a vacation bungalow.

“The cost of power outages is actually pretty significant… The resilience piece is really pushing people towards thinking more seriously about microgrids.”

So she threw her name into a lottery for a home in a new affordable housing community, called Basalt Vista Housing Project. She won. For Beal, this meant she could have the house and yard she dreamed of.

But it also meant she would become a test subject for an entirely new approach to the power grid, called  a “virtual power plant” — a pilot community of 27 networked smart homes, with one key feature: a common brain that, in times of crisis, can autonomously optimize energy across the neighborhood.

At first glance, the Basalt Vista Housing Project looks like many other modern suburban neighborhoods. Even the solar panels, which line the roofs of each home, are becoming a common sight on residential houses. But behind the scenes, advanced technology changes the neighborhood into a network of linked homes, sharing energy back and forth.

The community is a testbed for unbundling the essential functions of a central utility, like power generation and distribution, and sharing that responsibility amongst every household in the neighborhood.

Instead of one central hub that manages and distributes power — like the grid’s wheel and spoke model — this virtual power plant (VPP) consists of a decentralized network of medium-scale power sources and flexible power storage units. The power sources are solar panels, and the storage units are batteries and smart appliances — like water heaters and electric cars, which store excess energy until it is needed later.

If it sounds familiar, you may have heard of microgrids, which also work using a mix of distributed energy resources and storage. But the similarities end there.

Microgrids are typically off the main grid. VPPs are integrated into the grid. Microgrids are restricted by location, like an island or neighborhood. But VPPs can become like an island as needed. So, when a storm takes out the central utility, the VPP can continue to operate independently. Microgrids rely on inverters and switches to manage power flow. VPPs rely on an algorithm to operate autonomously, with features modeled after a typical power plant control center.

In 2016, the Department of Energy granted $4.2 million to the National Renewable Energies Laboratory to create autonomous software to control power grids. That launched the Network Optimized Distributed Energy Systems (NODES) program, led by Andrey Bernstein, which built the experimental software now acting as the brain for energy management in Basalt Vista.

The housing community is the first real-world test of the system that involves homes occupied by people.

Bernstein says the term “virtual power plant” doesn’t quite capture what they’re doing. He prefers to call it a cloud-based power plant, because the responsibility of managing and distributing power between the houses and the grid (typically the role of a power plant) is now carried out by NODES’ algorithm.

Distributed energy resources (like rooftop solar) tend to be renewable, and therefore variable. Solar panels only make power when the sun is shining. Today, most homes with solar panels (except for a small number of “off-grid” homes) feed energy into the grid when they have extra and draw from the grid when they don’t.

With such variable energy sources and demand, it can become challenging for a central utility to manage supply and demand. The central power plant model is easier because they manage only one (or a few) power sources, like coal or natural gas, which are more reliable.

“Our normal power grid is synchronizing supply and demand … in order to get our frequency of power at 60 hertz, which is really challenging,” says Kyri Baker, an assistant professor of architectural engineering at the University of Colorado, Boulder. “Instead of everybody disconnecting from the grid, it’s just cheaper to have everybody stay connected to this large, huge electron highway that is built.”

Baker, who does not work with NODES, is familiar with the challenge of building these algorithms. And, because of that challenge, many microgrids have to rely on “user management” — telling people what to do.

“A lot of microgrids have operating rules. For example, this part of the season, charge the battery during these times and use the solar during these times. It’s basically just rules,” Baker says. “Whereas the NODES project actually optimizes in real time. It is going to create a more efficient operation of the system.”

The 2018 California Camp Fire was one of the most destructive wildfires in the state’s history — all due to a faulty transmission line. The energy corporation responsible for the defective power line, Pacific Gas and Electric Company (PG&E), filed for bankruptcy later that same month. Since then, California has suffered preemptive blackouts to prevent wildfires sparked by its aging infrastructure.

“The cost of power outages is actually pretty significant. Replacing infrastructure, getting the crews out there, getting the paperwork done, that’s really expensive. Also, we’re having more extreme weather,” Baker says. “The resilience piece is really pushing people towards thinking more seriously about microgrids.”

According to a Department of Energy report in 2015, blackouts cost the U.S. $150 billion a year, and severe outages are bound to happen again. Scientists anticipate an increase in extreme weather events and wildfires due to climate change, which may cause more power disruptions.

In February 2021, Texas suffered a massive power crisis, brought on by a series of three severe winter storms. More than 5 million people were without power, and the state experienced a cascade of effects, like food, water, and heat shortages. The system collapsed because (among other reasons) there was no way for individual communities to sustain themselves. But NODES’ Bernstein proposes that a VPP could step in when the central grid goes down.

“A more realistic future [than microgrids] is a network of connected microgrids that can help each other in normal operation and can, in principle, isolate themselves whenever there is a need,” says Bernstein. He adds that theoretically, small communities with VPPs could have tapped into their local stored energy when the central grid went down.

Virtual power plants are designed to have built-in resilience in times of crisis. Theoretically, the larger grid could unbundle and create a collection of Basalt Vistas scattered across a region, each autonomously controlling electricity flow between the homes.

These tiny island communities could continue to operate independently when the grid is damaged — tapping into energy generated and stored near the user, and distributing it even when the central system is offline.

Most distributed energy sources are renewable energy — solar panels and wind generators, which are better for the environment. But they are inherently variable with seasonal and daily fluctuations in wind or sunshine.

NODES’ utility partner, Holy Cross Energy, has a strong interest in embracing more renewable energies, having pledged to be 100% renewable and carbon-free by 2035.

“Personally, I’m trying to save the planet. We’ve got a six-year-old kid. And when you have kids, you start looking at the world a little bit differently,” says Chris Bilby, a research and programs engineer at Holy Cross.

But, to accomplish those lofty goals, they need grid flexibility. It isn’t as easy as simply connecting more solar panels to the grid. An increasing number of solar systems tied into the grid will become difficult, if not impossible, for a central utility to manage. The latencies in the central system make it impractical.

“You don’t need to tell people to put up solar panels. They are already doing it. We’re just trying to see how we really can facilitate this integration and use these devices to improve resilience and reduce the carbon footprint. These things come hand in hand. We are not only reducing fossil fuels, but by doing that, we also increase the resilience and the reliability of the system,” says Bernstein.

The normal power grid is constantly synchronizing supply and demand on a second, or sub-second level, in order to maintain the optimal frequency of power at 60 hertz — but this is a massive challenge for microgrids. But Bernstein says VPPs can solve that problem by pushing surplus energy back into the grid, storing energy locally, and optimizing power distribution among the “virtual island’s” houses.

For Beal, the new home means an opportunity to live near ski hills and rivers that she loves.

“Where we live and being able to have the opportunities for my son, and having an awesome community to be involved in… it’s been awesome,” Beal says. “We started doing a lot more outdoor activities.”

What goes on behind the scenes is secondary for Beal. But, if it works, it could change the way energy is distributed everywhere.

“This is an excellent use case for, I hope, a lot of utilities. There’s a lot of hesitation with implementing new operational schemes. You know, how is this going to go? Is there going to be a blackout because the algorithms did something weird? Showing the success of this community will provide an example for other utilities to hopefully follow suit,” Baker says.

So far, the NODES algorithm is optimizing the power balance, so the residents of Basalt Vista can carry on their daily life without a hitch and enjoy the benefit of a reduced energy bill to boot. 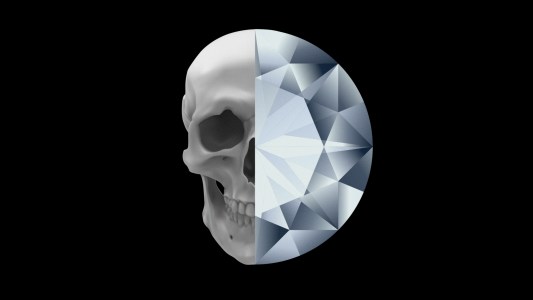 By turning ashes into diamonds, Eterneva is creating a new way to carry the memory of our loved ones with us long after their death.