Wetlands are awesome. Apart from looking beautiful and providing homes to a variety of animals, wetlands also filter pollution.

Runoff from agricultural land seeps into groundwater, rivers, lakes, and coastal regions, carrying nitrogen from fertilizers. That nitrogen threatens our drinking water and can damage aquatic ecosystems, for instance, by causing algae blooms that create “dead zones” in the Gulf of Mexico.

But scientists agree that wetland restoration can help. Wetlands filter the nutrient-polluted water, transforming harmful nitrogen into a harmless form.

But restoration can be tricky or expensive, and it’s not clear where wetland restoration efforts can do the most good.

They developed computer models to evaluate wetland restoration and wetland destruction scenarios. They crunched the numbers, and the results show a compelling argument in favor of strategically positioned wetlands.

Their suggestion for policymakers: position wetlands near pollution sources, instead of scattered ad hoc throughout the U.S. — and their nitrogen-removing impact could increase fortyfold.

When nitrogen-polluted water enters a wetland, resident bacteria cause chemical reactions that remove the harmful nitrate compounds. Harmless nitrogen gas is then released into the atmosphere, and clean water flows into lakes or rivers.

The team focused their study on exploring how to use wetlands to improve water quality in the Gulf of Mexico and Mississippi’s River Basin. They used maps of existing U.S. wetlands to calculate the amount of nitrogen they currently strip from the water and published their work in Nature.

They found that Midwest wetlands remove 439 kilotons of nitrogen. In a hypothetical scenario where those wetlands were drained and converted to agricultural land, the Mississippi River would deliver 51% more nitrogen to Mexico’s Gulf.

“First, the Mississippi River is the largest source of nitrogen to the Gulf of Mexico and a major cause of the large dead zone that appears in the Gulf every summer. Second, protections for current wetlands have been eroded in recent years, especially with revisions of the Clean Water Rule under the Trump administration, which eliminated protections for approximately half of all U.S. wetlands,” Kimberly Van Meter, a UIC environmental scientist and author of the paper told Phys.org.

More than half of the original wetlands in the U.S. have been destroyed or drained, primarily to create urban areas and farmland.

“Ironically, areas with the biggest nitrate problems, due to agriculture and intensive use of nitrogen fertilizers, are also usually areas with the fewest numbers of remaining wetlands,” Van Meter said.

What If Wetlands Are Restored?

The team decided to explore various scenarios of wetland restoration. They used the model to hypothetically increase wetland area by 10%, either positioning the new wetlands strategically near high sources of nitrogen or randomly scattering them ad hoc across the country.

“We wanted to come up with a scenario that is practically feasible,” Nandita Basu, a civil and environmental engineer at the University of Waterloo and an author of the paper, told Science. “It’s ambitious (a 10% increase) but it’s not off the charts.”

The researchers estimated it would cost $3.3 billion annually to expand wetlands by 10% — about the same amount of money as existing annual funding for water quality improvements. If those funds were reallocated towards strategically placed wetlands, it would result in far more nitrogen removal.

“We found that by targeting wetland restoration to areas in the U.S. with the highest levels of nitrate pollution, even a 10% increase in current wetland area could cut nitrate levels in rivers and streams by half,” Van Meter said.

“You get much more bang for your buck if wetland preservation and restoration are targeted,” said Basu, according to Phys.org. “From a policy perspective, it is dramatically more effective and efficient.”

Ecosystems
Meanwhile, Antarctica’s snow is turning green
On the Antarctic Peninsula, so-called snow algae are turning the snow green, which could lay the groundwork for a whole new ecosystem.

Drugs
Magic mushrooms evolved to scramble insect brains, send them on wild, scary trips
Researchers discovered that the way fungi independently gained the ability to produce psilocybin is because of horizontal gene transfer.
Up Next 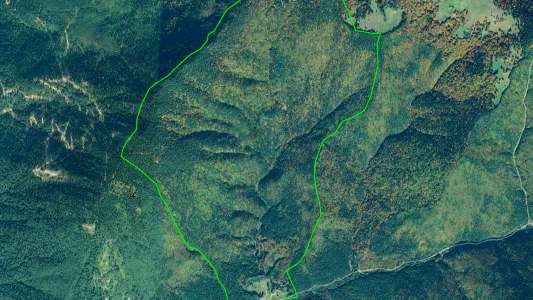