With the cost of a college degree continuing to rise, the age-old practice of apprenticeship has been coming back in vogue — and being embraced by new industries, as well.

According to the Department of Labor, apprenticeship has begun to rise again (after a drop in 2020, likely due to COVID), while companies like Multiverse have begun running paid apprenticeship programs with major corporations like Citi and KPMG, Axios’ Alex Fitzpatrick reports.

Apprenticeships provide on the job, paid training for workers, providing access to new careers without the cost of going to college. According to the Department of Labor’s Office of Apprenticeship, which helps connect business and job-seekers with apprenticeships programs, the average starting salary of an apprentice graduate is $77,000, compared to under $40,000 for those without a college degree.

Apprenticeship programs are being embraced in new industries and by companies like Citi and KPMG.

Multiverse’s goal is to bring apprenticeships to jobs that typically have not had them, CEO and founder Euan Blair told Axios, while also broadening the candidate pool and helping to ensure more equitable access to these industries.

As Multiverse puts it, “while talent is everywhere, opportunity is not.”

“We have allowed college admissions officers to become the gatekeepers of access to the best jobs in the labor market,” Blair told Axios.

The UK-based Multiverse, which began US operations this year, offers apprenticeship programs in numerous buckets, including digital marketing, software engineering, and project management, working with over 200 companies.

In Illinois, another program called the Chicago Apprentice Network works with companies including McDonald’s, Aon, AllState, and Walgreens Boots Alliance.

Governments are also getting involved with the push; as Axios noted, the Biden administration is gearing up for a “cybersecurity sprint,” encouraging firms, labor unions, industry associations, and training organizations to develop apprenticeship programs with the Office of Apprenticeship.

The movement comes as other educational alternatives, like Google’s Career Certificate Programs — which are now supported via scholarships for businesses and are even being accepted as credits by colleges themselves — have come into vogue, as younger people begin to question the paradigm around traditional college.

Blair does not expect the college-to-career pipeline to become obsolete overnight, but does believe that apprenticeships can win people over.

“If you’re an AT&T exec, and someone’s been at Verizon, you don’t really care about them having a degree or not having a degree, right?” he told Axios.

AI
Microsoft plans to use ChatGPT in Bing. Here’s why it could be a threat to Google.
Language models could transform the ways we engage with search engines.
By Stephen Johnson

AI
The dawn of AI has come, and its implications for education couldn’t be more significant
AI like ChatGPT is forcing us to rethink education. But if we embrace it, it could empower both students and teachers.
By Vitomir Kovanovic

Neuroscience
How neuroscience can make us better parents
Kids’ brains develop in four main stages. Each has its own particular set of advancements and challenges for parents.
By Philip Perry
Up Next 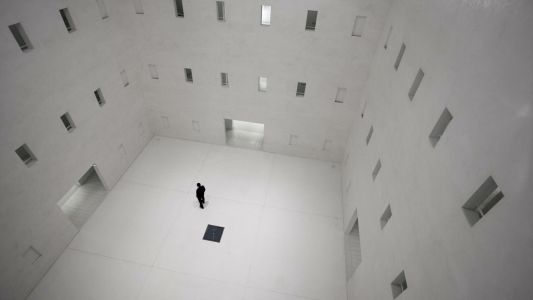 Mathematicians tell us that, to maximize the chances of the best outcome, we ought to ditch the first 37% of any options.