It’s not just an insult for weak American beers: your favorite beer is made almost entirely out of water, too. In fact, most beers are at least 90% water. And shipping all that water around costs a lot and creates a lot of greenhouse gasses, which contribute to climate change.

But, as beauty and cleaning products also made mostly of water are starting to go concentrated and water-free, why shouldn’t beer follow suit?

A Colorado-based startup, creates a beer with significantly less water to reduce the weight and emissions from hauling heavy kegs and cases of beer.

A new beer is doing just that — temporarily removing the water to reduce the carbon footprint from shipping.

How it works: If removing water from beer sounds like a bad idea — consider the fact that soda companies do this all the time when they ship syrup, which is later combined with water and carbonation in soda fountains.

BrewVo, designed by Sustainable Beverage Technologies (SBT), a Colorado-based startup, creates a beer with significantly less water than usual to reduce the weight and emissions from hauling heavy kegs and cases of beer.

It can be shipped, refrigerated, and stored more efficiently, and reconstituted when it is time to enjoy.

SBT uses a process called “nested fermentation,” reports Scientific American, to make the concentrated beer. It is first fermented in the usual way. Then, the team removes the alcohol and sends it through a second fermentation. They repeat this several times, resulting in a highly concentrated beer, which is 1/6th the weight and volume of typical beer.

When the time comes to enjoy the beer, pure alcohol and water can be added before bottling or serving. The concentrated beer reduces the amount of refrigeration, packaging, and shipping, cutting greenhouse gas emissions.

Green beer is not just for St. Patty’s Day: BrewVo isn’t the only way to remove water (and carbon emissions) from beer. Sandymount Technologies’ Revos machine is a beer concentration machine that uses reverse osmosis to separate water to make concentrated beer. And, to reduce the greenhouse gasses produced during fermentation, a craft brewery in Sydney, Young Henrys, is trapping the CO2 in microalgae, then turning it into oxygen.

…Does it taste good? Beer connoisseurs everywhere are probably shaking their heads, saying “no way, it can’t possibly taste as good.” Since beer lovers are hard to convince, SBT entered a nonalcoholic version of their concentrated and reconstituted beer into a taste competition. Their opponents included many well-established breweries. And the BrewVo brew won the gold, reports Scientific American.

Still not convinced? I guess you will have to taste it yourself.

Biology
New “cyborg” cells could be the future of medicine
Semi-living “cyborg” cells might one day do everything from deliver cancer treatments to help clean up the environment.
By Kristin Houser
Up Next 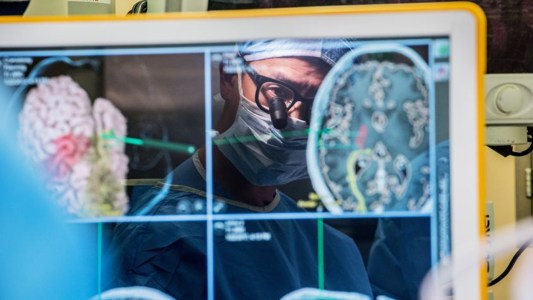 An experimental neuroprosthesis that translates brain activity into words on a computer screen has given a paralyzed man back his “voice.”