With 16-foot racks covered in fleshy fungus, the alt-meat startup MyForest Foods believes their newly-opened vertical farm, Swersey Silos, will be able to get their bacon alternative into the kitchens of a million customers by 2024, the company announced.

Mycelium is the matted network of ghostly fungal threads — often hidden underground — from which mushrooms spring. While the big, puffy caps of portobellos and other kitchen favorites may make mushrooms the star, it’s the mycelium that has caught the attention of startups looking for animal alternatives, from fashion to food.

The vertical farming facility grows mycelium on the towering racks covered in substrate, Axios — which toured the facility — reported.

“We basically build these cyborg buildings that replicate the environment you find in a forest,” Eben Bayer, the co-founder and CEO, told Axios.

“And we sort of trick the mushroom to form these, basically, sheets of mushroom flesh. So rather than forming a mushroom, we get a 50-foot-long, four-foot-wide, two inches thick slab of mushroom meat.”

Those big slabs are used to create the startup’s bacon alternative, MyBacon, which currently has limited distribution. The new mushroom farm will allow MyForest Foods to “reach full market scale,” said Peter Mueller, the CTO of the mycelium tech company Evocative, which spun off MyForest.

Cutting into pork consumption could be a key to cutting down on the livestock industry’s environmental footprint, as pigs are the most popular meat on Earth, representing around  40% of the world’s meat production.

According to a 2017 report from the University of Michigan’s Center for Sustainable Systems, the majority of the pork industry’s environmental impact comes “on or before the farm,” with feed production being the leading source of greenhouse gas emissions and energy, land, and water use.

A vertical mycelium farm not only cuts into the emissions of rearing livestock — not to mention their other emissions — but also provides a more compact and efficient use of resources. When running full-bore, Swersey Silos will have 1.8 acres of growing space, a small farm’s worth, contained in 78,000 square feet, Axios reported.

Using mycelium to replace meat, known as mycoprotein, has seen renewed interest as of late. While mycoprotein products like Quorn have been approved for sale since the mid ‘80s, a new wave of startups have flooded the field, sprouting like, well, mushrooms.

Outside of the kitchen, mycelium is being explored as a tough, sustainable material, with august fashion house Hermès making mycelium “leather” to help free fashion — a pretty wasteful endeavor itself — from the greenhouse-gas producing livestock industry.

There’s a catch to all this though, of course. Mycoprotein and mushroom leather are still far from the first thing in consumer’s minds — and their interest may be waning, as Axios pointed out.

In a way, MyBacon is a microcosm for this hurdle; it has very limited availability at the moment, although a deal struck with Canadian mushroom farm Whitecrest Mushrooms Limited and the Swersey Silos are looking to change that.

Food
The future of meat is sustainable — and a little weird
Ideas to reduce the meat industry’s impact on the environment include 3D-printed steaks, cultivated tiger meat, and potty-trained cows.
Up Next 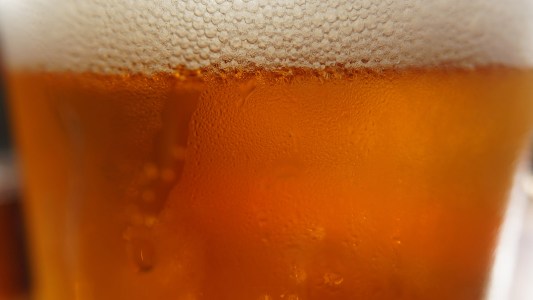 Climate Crisis
Why is Singapore making beer from recycled wastewater?
Subscribe to Freethink for more great stories
Subscription Center
Challenges
Video
Freethink
Subscribe
We focus on solutions: the smartest people, the biggest ideas, and the most ground breaking technology shaping our future.
Subscribe