The effort, which he has dubbed Project Liberty, focuses on creating a blockchain-based database of individuals’ social connections, which users can port from one platform to another. Doing so could free people from being locked in to the current dominant social media apps — like Facebook.

The problem: McCourt’s motivation for Project Liberty comes from the idea that a few large corporations — notably Facebook — have accumulated a massive influence over people and their data in the previous decade, reports Bloomberg.

“The thought [behind Project Liberty] is these large data structures created by the public should be owned by no one; they should be public.”

But, while there are many social media apps, there are only a handful of social media giants — and the size of the network is the main benefit of social networking. If we aren’t using the likes of Facebook or Instagram, we’re missing out. So, despite misgivings, we find it hard to switch. McCourt says it is time for a change.

“If you look at the way the internet developed with Web 2.0, you’ve got these massive data structures that are built by all of us behind proprietary enclosures: the global search index at Google, the global product index at Amazon, the global social graph at Facebook,” McCourt told Fast Company. “The thought [behind Project Liberty] is these large data structures created by the public should be owned by no one; they should be public.”

The proposal: Social media platforms get more and more value by stocking up on users’ data. But with Project Liberty McCourt proposes a different way. Instead of user’s data being the product sold to advertisers and businesses, the product of value is the social media app itself. With Project Liberty, users can port their data in if they like the app, but easily block access and switch to a different app at any time.

McCourt wants to build the entire thing on blockchain — a giant transaction record, maintained across a vast network of computers. Instead of users’ data being controlled by one big tech company, it is decentralized.

Twitter is currently the only social network that is also working toward a decentralized or distributed model, with a working group called Bluesky exploring this.

McCourt also plans to round out his Project Liberty with an ethical framework to moderate content, as well as a strategy for getting people to move to a more civic-minded or open set of applications, reports Fast Company.

Aerospace
Scientists use laser beam to divert lightning strikes
Since the time of Benjamin Franklin, we’ve looked for ways to control, or at least deflect, lightning strikes. Enter laser-guided lightning.
By Tom Hartsfield

Business
From CDs to NFTs: Starbucks’ surprising history of embracing new tech
Starbucks’ newly-announced blockchain platform is just the latest example of the chain’s early embracement of tech.
By B. David Zarley
Up Next 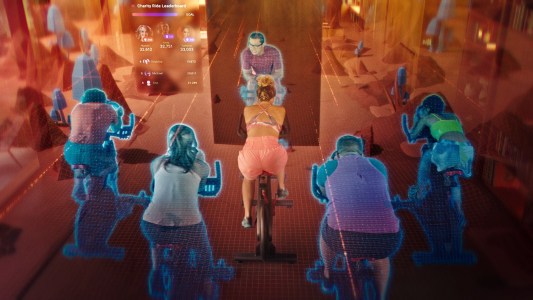 Meta and other companies are building the next-level digital world right now — and this will completely change how we interact with each other.

Big Tech
Meta is here — and it’s a big deal
By Amanda Winkler
Subscribe to Freethink for more great stories
Subscription Center
Sections
Video
Freethink
Subscribe
We focus on solutions: the smartest people, the biggest ideas, and the most ground breaking technology shaping our future.
Subscribe