New biodegradable straws developed in China are as cheap as plastic, stronger than paper, and made from edible materials — but can they make a difference in the global plastic waste problem?

Plastic everywhere: People produce 330 million tons of plastic every year. Less than 9% of it is recycled, and about 12% is incinerated — the rest ends up polluting our natural environment or languishing in landfills.

About half of this plastic is in disposable products — bags, straws, etc. Because these products are disposable, they’re also cheap, so any equally disposable but more sustainable alternatives are going to need to be cheap, too — and similar quality.

The biodegradable straws are stronger than paper straws and cost about the same as plastic ones.

The challenge: Straws account for less than 1% of the world’s plastic waste, but they’re almost impossible to recycle, and we use a lot of them — that’s made plastic straws the “low-hanging fruit” of efforts to get people to start transitioning away from single-use plastics.

The most common alternative to the ubiquitous sucking implements — paper straws — are less than ideal, though. They get soggy and cost about five times as much. They also won’t break down fully in a landfill — they must be composted.

The idea: Researchers at the University of Science and Technology of China have developed biodegradable straws made from a compound called “bacterial cellulose,” produced by many bacteria after they feed on sugar.

After air drying their bacterial cellulose, the researchers coated it in a material called “sodium alginate” to fill in any small gaps. Because the alginate sticks to itself, this also allowed the researchers to roll the cellulose into a straw shape without any glue.

The result: The new biodegradable straws are far stronger than paper ones (wet or dry), cost about the same as plastic straws, and break down without the need for composting.

The two materials used to make them are also found in existing food products, which means technically you could eat the straws — but it’s not recommended.

“It is edible, but not specifically designed for eating,” researcher Qing-Fang Guan told New Scientist. “If I were to say what it tastes like, it probably tastes like coconut that has lost most of its moisture.”

The big picture: The new biodegradable straws might be a better alternative to plastic or paper ones, but if they don’t actually reach consumers, they aren’t going to make a difference, and the researchers haven’t shared any plans to manufacture their product.

What they have said, though, is that they’re now exploring ways to create other disposable products from their new material — and that could end up having a far bigger impact on the global plastic waste problem than any eco-friendly straw ever could. 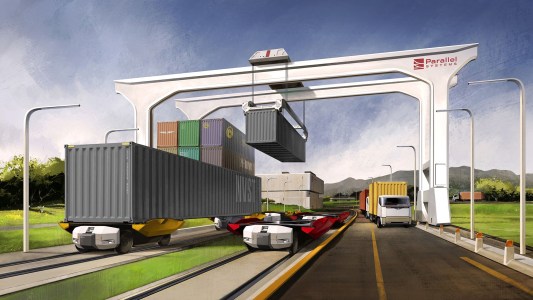