The images, coupled with new advances in image processing, are allowing them to draw information from the decades-old spy photos to help map previously unseen changes in the environment, according to a release from the British Ecological Society.

For example, the Vietnam War, with its herbicides, napalm, and bombs, was as quick and violent an ecological change as can be imagined. Images from U.S. satellites show bomb craters being repurposed as fish ponds.

“With this data we can not only map the extent of this damage with help of these images, but also explore how landscapes have changed later in response to the war,” Mihai Daniel Nita,  of the faculty of forestry at Romania’s Transilvania University of Brașov, said in the release.

“The extent and location of these historical clear-cuts were previously unknown — this data revealed where most of these (timber) harvests were located,” said lead researcher Catalina Munteanu from Humboldt University in Berlin.

Most of the forest harvested was old-growth and ecologically diverse, Munteanu said, and some areas were replanted with monocultures of spruce trees, an ecological change that has reduced the forest’s diversity and resilience. Thanks to the old spy photos, we can now tell where some of these weaker woods are and where they came from.

The images were taken by eight spy satellites that surveyed the Sino-Soviet bloc. Photos were shot on film, dropped from orbit, and snagged — in mid-air! — by American military planes. Declassified since 1995 under an order from Bill Clinton, the images are yielding new insights thanks to new imaging programs designed for drones.

“This approach allows us to process historical aerial or satellite images faster and more precise than the traditional approach,” Nita said. 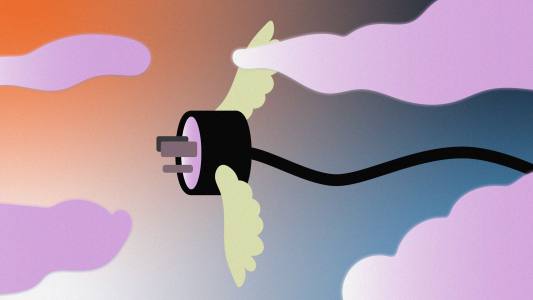