The summer heat waves might be behind us, but don’t brush them off just yet. Temperatures are increasing (July 2021 was the hottest month on record), and we can expect it to keep getting hotter. How will we cope, besides cranking up the A/C?

87% of all U.S. homes are equipped with air conditioners, and air conditioning accounts for 12% of residential energy use. Besides the fossil fuels that power them, many use refrigerants to cool the air, which can be potent greenhouse gasses if released.

The solution: Innovators are working hard to find ways to cope with the new normal — extreme heat and rising temperatures. The creativity is high, from apps that help pedestrians find cool walks and shady spots to next-generation technologies like cooling paper that lowers the temperature inside homes.

How it works: Wind catchers are tall, chimney-like structures that extend from the roof of a building. They harness cool wind and direct it throughout the building.

Many things were considered when designing a tower — the layout of the building, the addition of internal blades — to optimize how the cool air was drawn into the home and hot air expelled.

Will we resurrect this ancient technology: Parham Kheirkhah Sangdeh, a researcher at Ilam University in Iran, studies the scientific application and culture of wind catchers in contemporary architecture. He says that pests, dust, and debris motivated people to stop using traditional wind catchers and adopt Western technology.

Free Running Buildings is a start-up creating commercially available products in the U.K. based on ancient wind towers. Their “FREECOOL” technology will top the newly renovated Khalifa International Stadium in Doha, Qatar — just in time for the 2022 FIFA World Cup.

Clean Energy
New solar panels generate electricity long after the sun sets
Engineers at Stanford University have created a solar cell that generates electricity at night by exploiting the process of radiative cooling.
Up Next 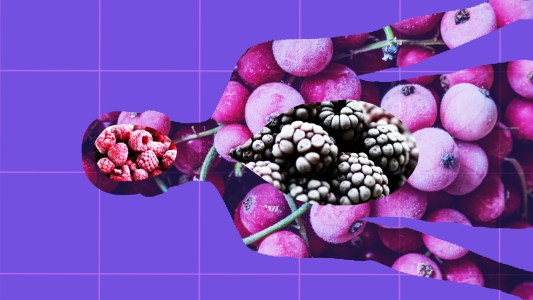 By preserving food with isochoric freezing, we could improve quality and decrease energy usage in the frozen food industry, say scientists.