A nuclear reactor in Alabama is now the first in the world to feature 3D-printed parts — a milestone that could help keep aging power plants producing clean energy well into the future.

The challenge: Nuclear energy is more environmentally friendly than fossil fuel-generated power and more reliable than renewable sources, such as wind and solar power.

However, aging nuclear power plants are closing at a much faster rate than new ones are opening. The U.S. has only opened one new reactor in the last 25 years.

Nuclear plants are still our largest source of carbon-free power.

A major reason for the decline is that building new nuclear power plants is incredibly expensive and time consuming. Maintaining existing plants, meanwhile, can be a challenge because some of the parts they contain are highly specialized and no longer manufactured.

Safety first: 3D printing could make it easier to replace even complex nuclear reactor parts — just scan the original and then use the digital file to print a custom replacement.

If something goes wrong at a nuclear power plant, though, the result could be bad, and it hasn’t been clear whether 3D-printed nuclear reactor parts could meet the stringent safety standards required for operation.

What’s new? In December 2020, Oak Ridge National Laboratory (ORNL) announced its intention to find out, reporting that it was developing 3D-printed nuclear reactor parts that it planned to install at the Browns Ferry Nuclear Plant in Athens, Alabama.

It has now announced that the installation was a success and that the plant is operating with the new parts.

“Deploying 3D-printed components in a reactor application is a great milestone,” ORNL’s Ben Betzler said in a press release. “It shows that it is possible to deliver qualified components in a highly regulated environment.”

Looking ahead: The parts are fuel assembly brackets, which were ideal for this first field trial of 3D-printed nuclear reactor parts — they’re a challenging shape to manufacture, but if they ever failed, the stakes are low.

The brackets will remain in the reactor for six years, undergoing regular inspections before being removed and evaluated.

If they prove reliable, 3D printing could emerge as an attractive solution to the problem of maintaining aging plants — and maybe even help us build new ones.

“This project provides the foundation for designing and manufacturing a variety of 3D-printed parts that will contribute to creating a clean energy future,” John Strumpell of Framatome, which supplies the fuel for the Alabama reactor, said. 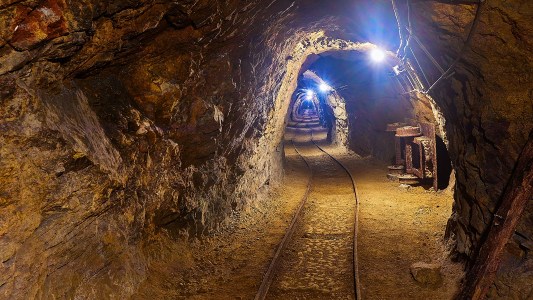 A wine-bottling company in Britian is tapping into the large heat source from the mine water in the tunnels below their warehouses.