Nearly a decade ago, researchers at Google spinoff Loon came up with a moonshot idea for a new kind of internet service, one that would use a fleet of solar-powered, tennis court-sized balloons to beam signals down to Earth from nearly 12 miles above its surface.

This would make it possible to bring the internet to people in remote or rural areas, where building cell towers and laying fiber-optic cables is either too difficult or too expensive.

In July, their vision became a reality with the launch of the first Loon network in Kenya.

However, keeping giant helium-filled balloons in the correct range of the ground stations has turned out to a bit of a challenge. If a wind current carries the balloon too far away, people lose service. Plus, every time the balloons have to adjust their course, valuable energy is lost.

“It’s super hard to have the (balloon) network over the people who need connection to the internet and not drifting far away,” Loon CTO Sal Candido told Wired.

To combat this problem, Loon has turned to AI to create a new navigation system.

Powered by AI, Loon’s new navigation system allows the balloons to predict the wind speed and direction based on historical data, current forecasting, and local wind patterns. Then, the balloons can autonomously raise or lower themselves in order to stay on course. The system also keeps track of how much electricity the balloon’s solar panels are generating.

To train the AI to stay on path, Loon used a technique called reinforcement learning.

This training technique rewards a system when it does something desirable. Over time, the AI learns to do these desirable things more to maximize the reward — it gets “smarter” with experience.

“Reinforcement learning is the science of getting computers to learn from trial and error,” Loon researcher Marc Bellemare told New Scientist.

The initial training for Loon’s AI navigation system happened virtually — after consulting historical wind records, weather forecasts, and current wind patterns, the controller would decide what route it would direct a balloon to take in a given scenario.

Every time it made a good decision, the AI received a reward, and as it went through more scenarios, it learned from past mistakes and its decision-making improved.

“What the (reinforcement learning) is doing for us is deciding what’s the situation with the balloon, how much power does it have left, what is the best action that the balloon could do right now to stay over the person with the cellphone in their hand,” Candido told Wired.

From Virtual to the Real World

One of the biggest challenges with reinforcement learning, though, is getting an AI’s skills in a virtual world to translate to the real one.

To see whether their system could make the leap, the Loon team flew two balloons over Peru in July 2019, one without the AI system and one using the system trained via reinforcement learning.

They found that the balloon with the new controller consistently remained closer to its ground-based target, according to a new paper published in Nature.

A second test followed, this time using a group of balloons above a part of the Pacific Ocean where the standard controller was known to perform particularly well. Again, the new AI navigation system kept its balloons within their targets more consistently while also using less power.

The new AI navigation system is now controlling Loon’s entire Kenyan fleet, marking what the company believes may be the first examples of a reinforcement learning being used for a “production aerospace system.”

However, reinforcement learning is a favorite technique of AI developers — they’re already using it to train software for robots and self-driving cars —so we could encounter more of these increasingly intelligent AIs in the not-so-distant future. 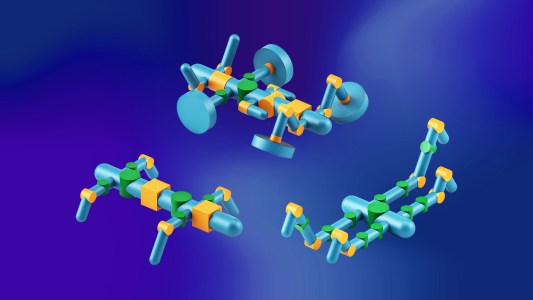 MIT has developed an AI capable of robot design — all you need to do is tell RoboGrammar the bot’s goal and the available body parts.