Oh, Alexa is definitely listening. Perched there, with unmatched patience and a microphone, waiting on the magic words.

Not willing to break it off, you wonder how to stop Alexa from listening when you don’t want her to. An audio jammer developed by researchers at the University of Chicago just may be your most practical —and fabulous — option. Looking like a rolled-up, inside-out octopus arm, a bracelet studded with off-the-shelf transducers is more than a bold bangle; it’s an ultrasonic audio jammer that can give you some Get Smart-style privacy.

Microphones are everywhere, explains Heather Zheng, a computer science professor at UChicago and the primary researcher behind the dramatically-dubbed “bracelets of silence.” Mics are embedded in smartphones, digital assistants, laptops, tablets, watches, even doorbells. It’s a whole invisible intelligence agency; the Internet of Things that may be bugging you at any given time. When her husband brought an Echo into their home, the couple told the New York Times, Zheng’s distaste for the device led to their lab making the microphone jammer.

Audio jammer equipment is already available, Zheng says, including the kind of ultrasonic audio jammer category that the bracelet falls into. But they are expensive, directional, and stationary, making them impractical as personal privacy measures.

“They can only jam a specific direction,” Zheng says. “You have to point to the microphone that you have detected to jam it.”

A directional ultrasonic audio jammer isn’t only inconvenient in that it can only jam one mic at a time — and there’s usually a lot of them hanging around — but it’s also useless if you don’t know where the microphone actually is. Zheng’s lab wanted to create a device that could create a bubble of privacy for the user — and provide some agency when it comes to just who is listening.

Built with the help of assistant computer science professor Pedro Lopes, the concept behind the bracelet of silence is simple. The octopus sucker-looking studs contain the transducers, which emit ultrasonic frequencies, acting as a microphone jammer. This takes advantage of a weird artifact in the microphone’s design. Some microphones mechanically slow down ultrasonic noise — which the human ear cannot hear — into the audio range, making it audible to someone (or something) on the other end of the mic.

The audio jammer doesn’t block out everything you say perfectly, Zheng says. Since many of the microphones utilize machine learning algorithms to “hear” what you are saying, it only needs to block enough of the words to confuse an algorithm. The algorithm doesn’t have the benefit of human understanding and intuition when it comes to language.

A human listener “could probably make out something if you have very good hearing,” Zheng says. So the bracelet of silence isn’t the best choice to keep your conversation private from whoever’s in that flower delivery van that’s been sitting outside your house for days.

But they can keep microphones from picking up every little word you say within a roughly three-foot bubble — which means other people’s devices, like watches and phones, but hearing aids, too. That’s why the device is easy to toggle between off and on, Zheng says. (And its battery lasts for just four hours of continuous jamming, so make sure your undercover mission budgets properly.)

Talk With Your Hands: Beating the Blind Spots

The key to the ultrasonic audio jammer’s success is that it is wearable. This not only makes it more convenient, but it actually makes the microphone jammer more effective.

When the transducer’s signals overlap in a specific way, their signals can interact so that they cancel each other out. Imagine ripples emanating all around you.

This can cause the signals to cancel each other out. Within that gap, the ultrasonic audio jammer has its frequency reduced, and it no longer works.

But the simple physical motion your body engages in provides enough disruption to the signals to help eliminate those blind spots. “When you make a tiny movement, the wave changes,” Zheng says, “and they erase the blind spot.”

In addition to blind spots and humans on the other end of the line, the jammer can also be thwarted by microphones that do not have the ultrasonic reduction artifact. Microphones will keep developing, Nouh says, “and therefore this thing that they are trying to exploit right now might not eventually be there.”

Thick plastic can be an issue too. The material makes the ultrasonic audio jammer frequency degrade faster than an audible frequency does. But for the most part, it seems to work well against the devices most likely to be listening.

Creating a usable, multi-directional audio jammer was important for offering people a choice when it comes to technological eavesdropping, Zheng says.

“We wanted to achieve the balance of usability, effectiveness, the appropriate level of privacy protection, and user agency.” 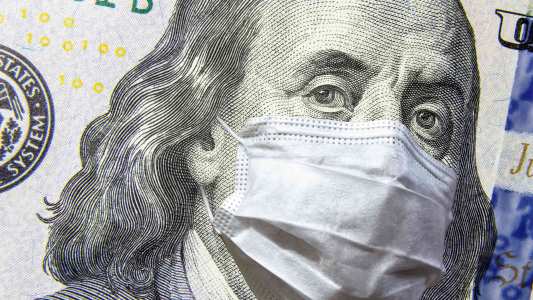 Coronavirus
More than $1 million in prizes for coronavirus solutions
By Kristin Houser
Subscribe to Freethink for more great stories
Subscription Center
Sections
Video
Freethink
Subscribe
We focus on solutions: the smartest people, the biggest ideas, and the most ground breaking technology shaping our future.
Subscribe