In the wake of a disaster, relief organizations must answer a question that can have life-or-death consequences: Who needs our help the most?

After Hurricane Harvey tore through Texas in 2017, disaster relief nonprofit GiveDirectly, which transfers unconditional cash to people in need, decided the answer was the people of Houston — it’s what made the most sense based on the media coverage and word-of-mouth campaigns.

But 60% of the people hit hardest by Harvey actually lived in Port Arthur, a nearby community that GiveDirectly — and many other groups — largely ignored at the time.

Now, GiveDirectly has unveiled Delphi — an online tool, developed by Google, to help ensure that disaster relief efforts reach the people who need them the most.

Delphi helps target disaster relief efforts by assigning every census block in a region a score reflecting its residents’ need for help — the higher the score, the greater the need.

To generate this score, the tool analyzes two metrics.

One is the amount of property damage within the block following a disaster — the National Oceanic and Atmospheric Administration provides this data.

The other is the amount of poverty within it — Delphi uses data from the SNAP (food stamp) program to determine that metric.

GiveDirectly can choose to weigh one metric higher than the other (e.g., putting a greater focus on poverty than property damage) or set certain thresholds (e.g., directing Delphi to only list blocks where at least half of all properties are damaged).

This tool would have really made sure that no one was left behind.

If GiveDirectly had had access to Delphi after Hurricane Harvey, Port Arthur wouldn’t have flown under its disaster relief radar, Alex Nawar, humanitarian director at GiveDirectly, told Fast Company.

The Future of Delphi

Since 2012, Google.org, the tech giant’s charitable arm, has donated more than $10 million to GiveDirectly. That means it has a special interest in ensuring the group is maximizing its impact following a disaster — but Google isn’t offering Delphi to just one organization.

Alex Diaz, Google.org’s head of crisis and humanitarian response, told Fast Company he hopes other groups will decide to use Delphi, as well; the American Red Cross has already expressed interest in the tool.

According to Nawar, those who opt to take advantage of Delphi will also save the time and money they’d normally spend conducting laborious fieldwork — meaning it might not only be the more accurate option for directing disaster relief, but the cheaper one as well.

Poverty
Fighting poverty with direct cash payments 
GiveDirectly has delivered over $500 million in cash to impoverished people, letting recipients decide how best to meet their needs.
By Zach Winn | MIT News Office
Up Next 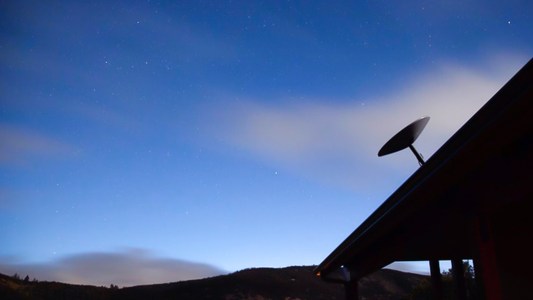