The reason I think of their house as a metaphor for hacking is because in a physical sense, it was very hackable. The windows could be smashed or jimmied; the doors could be forced or picked; and a small enough burglar could slither in through the beagles’ doggie door without breaking a single latch. Once inside, there were things to steal and places to hide.

The big difference between their physical home and most of our digital homes is that the latter have exponentially more points of entry. Smartphones, laptops, and online accounts provide multiples vectors for intrusion. And unlike our physical homes, it’s not always clear when someone’s penetrated our digital domains.

We talk about those vulnerabilities and the people committed to protecting them in our Coded series, including an episode about Lavabit founder Ladar Levison, who played a significant role in the Edward Snowden case.

Given the national and international conversations we’ve been having about hacking over the last six months, and the premiere of Coded , we thought we’d step back to address the basics of hacking. This list is by no means comprehensive, but it covers some of the most common — and deleterious ways — in which malicious actors can infringe on your digital privacy.

Malware/Spyware/Ransomware
The malware (“mal” meaning bad, “ware” meaning software) of the early 2000s was famous for its destructiveness. Once a user had accidentally installed the notorious ILOVEYOU program (by clicking on an attachment in an email with the subject line “I love you”), the program would replace most of the files on their computer with copies of itself, and then send additional copies of itself to the people in their Microsoft Outlook address book, which allowed the program to cause billions of dollars in damage around the world. The program also made it difficult-to-impossible to reboot the computer.

The people who make and circulate malicious Spyware programs don’t want you to know they’ve gained access to your computer.

Today’s malware is far more subtle. The people who make and circulate malicious Spyware programs don’t want you to know they’ve gained access to your computer. Because if you knew your hardware had been compromised, they wouldn’t be able to watch you through your webcam, or track your keystrokes as you log into online accounts.

Ransomware circulators, meanwhile, do want you to know they’ve broken in, but instead of destroying your data, they block your access to it. Want it back? Pay them in bitcoin.

In the cases of both Ransomware and Spyware, the intrusion often results from careless web behavior. Sometimes the programs are packaged with software users actually want (like torrenting applications and browser extensions). Other times, the programs are embedded in web pages, ads, and even documents.

As demonstrated in the report above from Fusion , social engineering involves hacking people rather than software. It starts with a hacker gathering just enough publicly available information about a target so they can convincingly pretend to be that person when they contact a customer service representative. By combining accurate information with a sense of urgency — and who among us hasn’t placed a call to customer service after failing to gain access to our own accounts? — they can convince those customer service reps to not only fill in the information gaps, but also send a password reset to the hacker’s email account, rather than the target’s email account. At that point, the target’s account becomes the hacker’s account.

Brute force attacks
Think back to using a friend’s or parent’s computer. They gave you permission, but forgot to give you the password. So you tried their birthday and their dog’s name and their address. Maybe it worked, but probably not.

Nearly 1.7 million of the 10 million passwords they looked at were horrifyingly simple: “123456.”

Maybe you feel your password is simply unguessable, but millions of people can’t say that. The password security company Keeper Security recently released a list of the most common passwords of the last year. Nearly 1.7 million of the 10 million passwords they looked at were horrifyingly simple: “123456.” And where did Keeper Security get this data? From public password leaks that occurred in 2015.

Brute force attacks can be applied to social media accounts, banking accounts, and any type of online account that doesn’t limit password attempts or require two-factor authentication. But it’s also a prime tool for cracking local accounts like wifi and laptops (admit it: your wifi and laptop passwords aren’t nearly as strong as your banking account).

We’ll be discussing more cyber security stories — along with tips on how to secure your online self — as we make our way through Coded , so stay tuned. Your privacy depends on it. 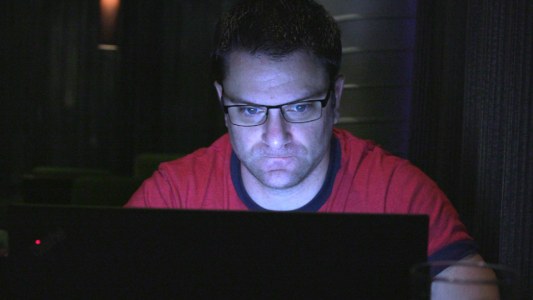 Ladar Levison spent 10 years building his business, then destroyed it all in one night when the FBI came knocking.

Hacking
Meet the programmer who defied the FBI
Subscribe to Freethink for more great stories
Subscription Center
Sections
Video
Freethink
Subscribe
We focus on solutions: the smartest people, the biggest ideas, and the most ground breaking technology shaping our future.
Subscribe